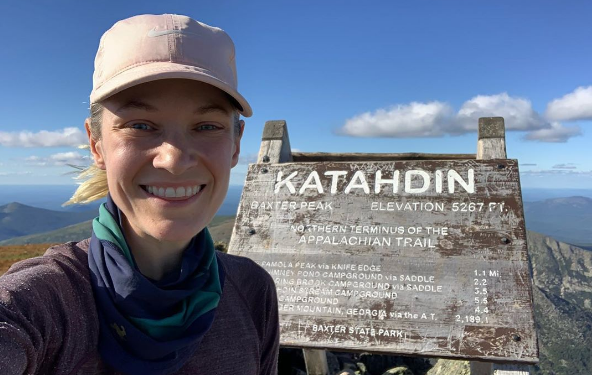 Liz Anjos, a Schwenksville native, has set a new fastest known time for women running the Appalachian Trail in the northbound direction. Image via Instagram.

Liz Anjos, a Schwenksville native, has set a new fastest known time for women running the Appalachian Trail in the northbound direction, writes Justin Heinze for the Patch.

The endurance runner spent 51 days, 16 hours, and 30 minutes on her journey, also setting an overall second-fastest time for a woman on the trail, behind only legendary Jennifer Pharr Davis.

“My nearly 52 days spent on the Appalachian Trail were like a hyperlapse of rising and falling suns, moons, stars, storms, calm, mountains, valleys…” wrote Anjos. “It wasn’t so much a daily endeavor, but more like a singular continuous stretch, moving ever forward.”

Anjos is a professional musician who fits in her travel time between classical pianist performances and high school coaching responsibilities in Oregon, where she lives. She spent most of the last year preparing for her attempt.

She was supported in her endeavor with gear and supplies along the way by Warren Doyle, a former record holder who is now an Appalachian Trail educator.

The epic venture ended up being a learning experience for Anjos.

“I learned and grew in a way I never have,” she said.

Read more about Liz Anjos at the Patch by clicking here.