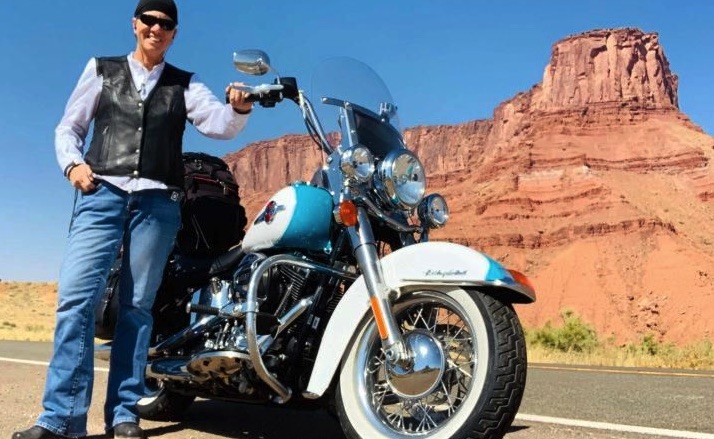 After receiving a terminal diagnosis, Donna Wiegle, a Skippack native, decided to drive around the country on her Harley to spread awareness of ovarian cancer. (Image via WGME.com)

After receiving a terminal diagnosis, Skippack native Donna Wiegle, decided to hop on her Harley Davidson and head out on a cross-country trip to spread awareness of ovarian cancer, writes Nick Sambides Jr. for WGME.

Wiegle herself had early symptoms of ovarian cancer misdiagnosed for nearly three years. Once it was determined she had cancer, it was already in Stage III. In June 2016, she was told she probably had only five years left to live.

“I have been living with this cancer for 3 1/2 years,“ said Wiegle. “I am somebody who wants to live life as fully as possible while I can.”

So far during her journey, she has already handed out 530 cards detailing the symptoms of the disease and raised around $46,210 out of her $50,000 goal for ovarian cancer research.

She has also been keeping a journal of her travels on her Facebook page.

Read more about at the WGME by clicking here.