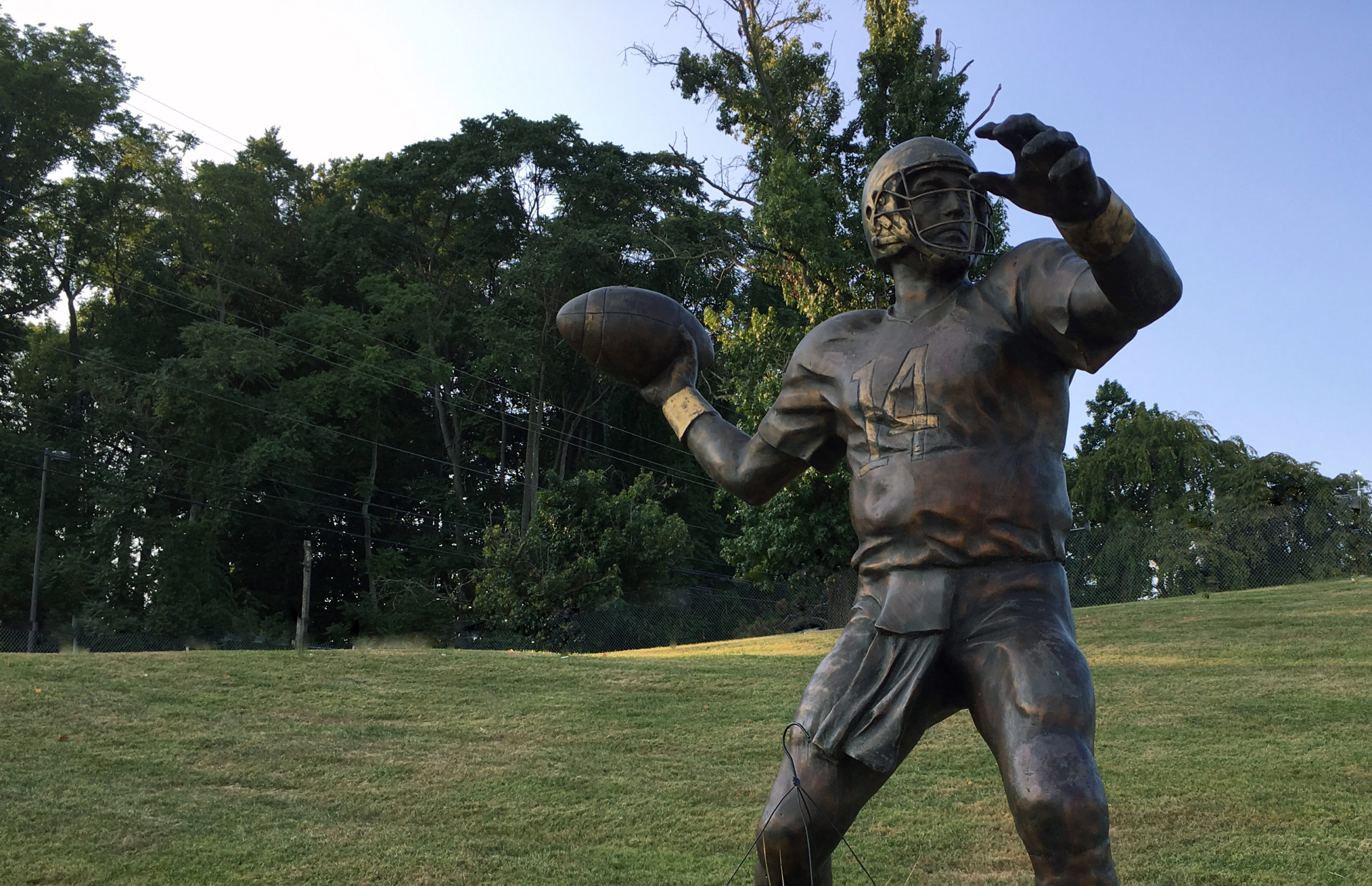 Mike Horrocks, a former quarterback at West Chester University in the 1980s, was the co-pilot of one of the planes hijacked by terrorists on 9/11.

Publisher’s Note: This story was originally published on VISTA Today on September 11th 2016.

Although Chester County lies more than 100 miles from New York City and Washington, D.C., and more than 200 miles from Shanksville, it has close ties to the tragedies so many have suffered as a result of the terrorist attacks of Sept. 11, 2001.

When Mike Horrocks, a 38-year-old former Marine, left his home in Glen Mills on Sept. 9, 2001, he never returned. However, 18 years and counting later, his legacy will never die.

The Hershey native and 1985 graduate of West Chester University was the First Officer (co-pilot) of United Airlines Flight 175, which terrorists hijacked and flew into the South Tower of the World Trade Center at 9:03 AM.

“I can’t imagine Mike not going down without a fight,” said Roy Blumenthal, the offensive coordinator of the junior varsity football team at West Chester when Mike was the quarterback. “He wouldn’t give up that easily, he was too strong.

Back in the 1980s, Horrocks eventually ascended to the starting position on varsity, when as a junior he led the Golden Rams to their first victory over Delaware in 23 years.

In 2010, on the ninth anniversary of 9/11, the university unveiled a statue of him on Mike Horrocks Day, which also included speeches, a Marine flyover, and a 21-gun salute.

The ceremony that day attracted about 500 relatives and friends of Horrocks to the north end of Farrell Stadium on South Campus.

Dozens of Horrocks’s teammates were in the crowd that day. Most wore commemorative yellow T-shirts with NEVER and FORGET bracketing the No. 14, Mike’s jersey number. Friends and colleagues from two airlines were on hand at the 2010 unveiling of Mike’s likeness.–photo via Philly.com

Christa said her father often quoted a line from the 1993 movie The Sandlot to her and her brother Mick. The movie is a cult classic about young boys playing baseball, and it illustrates all that is good about competition and teamwork.

To this day, WCU football players often touch Mike’s seven-foot statue after exiting the locker room and before stepping onto the field.

It’s a physical presence, a tangible reminder that continues to tell not only the story of Mike Horrocks, but also the story of America.

And it’s one we’ll never forget.