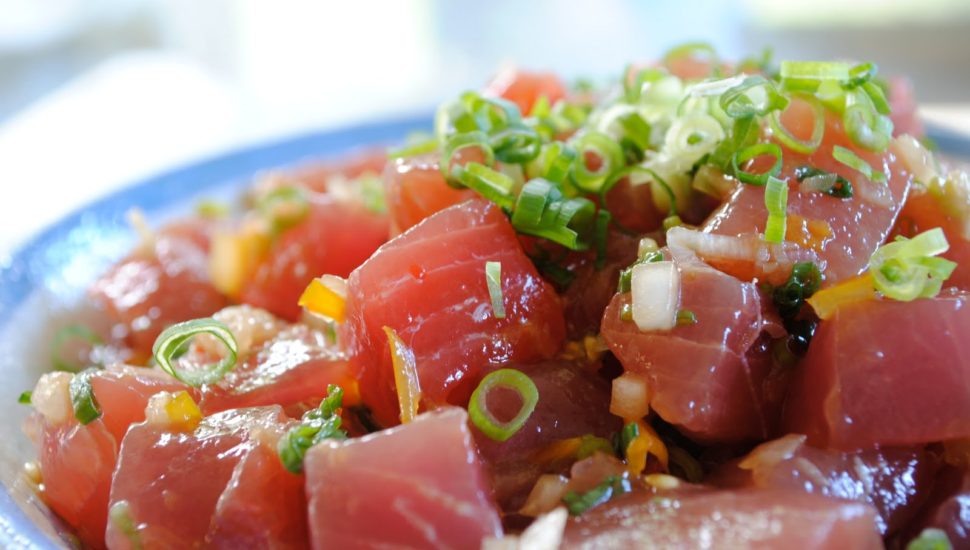 PokéOno recntly opened its second Montgomery County location in Conshohocken on August, 15. Poké is a Hawaiian dish made with cubed and marinated raw fish.(Image courtesy of Wikimedia).

PokéOno dishes out freshly made poké bowls for lunch and dinner seven days a week in Conshohocken and Ardmore, writes Laura Brzyski for phillymag.com.

Many people believe poké is a deconstructed sushi dish, but those people are wrong.

Poké is a Hawaiian dish made with cubed and marinated raw fish and usually topped with seaweed and a mixture of seasonings, served over rice or vegetables. It has been a popular staple on the West Coast for quite some time, but only recently caught on in the Philadelphia area.

PokéOno opened its doors in Armore in the fall of 2016. The poké was so popular they decided to open a second location in Conshohocken on August, 15.

“When you walk into the Fayette Street eatery, you’re immediately greeted with an assembly line of all the poké fixins you could ever want. No matter which you choose, you’re bound to get a flavor-packed punch of Oahu vibes. I’ve had the Spicy Tuna and Citrus Salmon, and both of their bright, tropical tastes made me feel like I was much closer to Hawaiian shores,” writes Brzyski.

To read the full story go to phillymag.com.