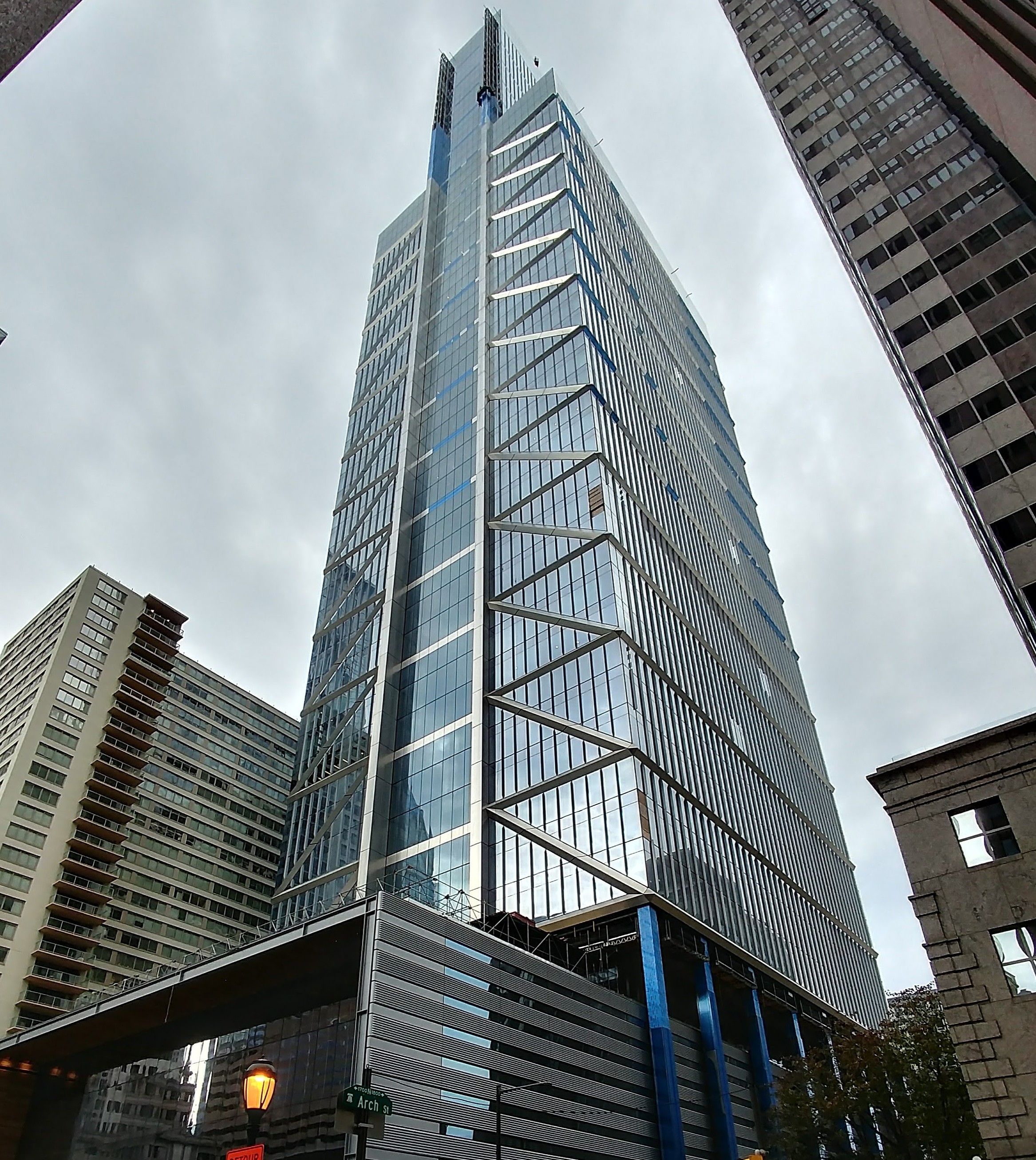 Lower Merion graduate Ben Shank is the general manager of the Four Seasons hotel located on the top 12 floors of the Comcast Technology Center. (Image courtesy of Wikipedia).

Comcast Corp. will open yet another Philadelphia franchise on Monday, a high-end hotel high above the ground, writes Bob Hernandez for the Philadelphia Inquirer.

The Four Seasons hotel on the top 12 floors of the new Comcast Technology Center will open after a recent “soft launch.” The Four Seasons is calling it the “highest elevation” hotel in America.

Ben Shank, a Lower Merion high school graduate, is leading the staff as the manager of the Four Seasons. About 10 days before the opening he was dressed in a white shirt, Burberry tie, and a navy suit, handling last-minute arrangements and preparing for the opening, said Hernandez.

Shank was excited and ready for the opening on Monday. “It’s cutting edge,” he said of the hotel, “where you are literally at the top of the city and overlooking it.”

The hotel opening comes as Comcast’s cable-TV franchise is facing hard times due to cord-cutting. Many Americans are choosing to forgo their cable packages for streaming services such as Netflix. Comcast has invested in a variety of businesses seeking growth, including Universal Parks & Resorts. Comcast plans to build a new theme park and a large hotel expansion to go with it in Orlando, FL.

Just last year, Comcast acquired Sky, a European pay-TV operator for $40 billion, with plans to launch a streaming service with NBCUniversal. Analysts postulate that Comcast will need to grow its internet business as it continues to lose cable-TV subscribers.

Comcast has not publicly talked about plans for its own hotel business, however the act of placing the Four Seasons on top of the tenth largest building in America will give it a competitive edge.

“The one thing that hotels can sell and what people will buy is the view,” said Ceridwyn King, chair of the hospitality program at Temple University. Comcast is “completely leveraging the fact that they are so far up,” she added. “It will be extremely difficult to replicate.”

To read the full article go to philly.com