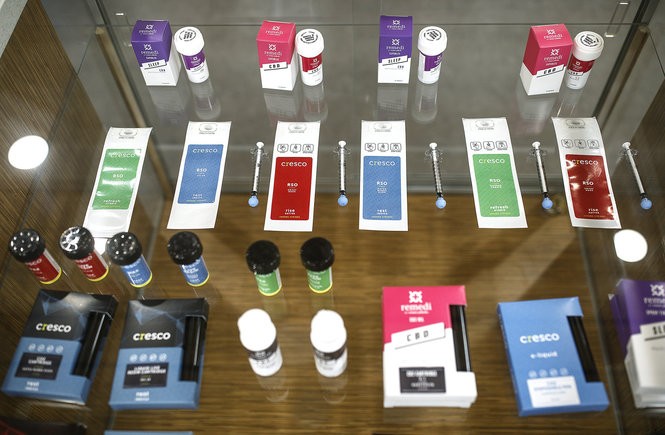 Image of medical marijuana products via the Harrisburg Patriot-News.

Anxiety disorders and Tourette syndrome have been added to the list of medical conditions approved to receive medical marijuana by the Pennsylvania Department of Health, writes Brett Sholtis for WHYY.

Health Secretary Dr. Rachel Levine based her decision on the Medical Marijuana Advisory Board’s recommendation and a review of available medical research. According to her, it was not a decision she made lightly.

“For both conditions, medical marijuana is not first-line treatment and should not replace traditional therapies,” said Levine, “but should be used in conjunction with them, when recommended by a physician.”

According to research, medical marijuana with low THC and high CBD content is more effective for treating anxiety disorders than other forms of medical marijuana. But it’s also recommended only for short-term use.

Medical marijuana, in general, is not recommended for children, adolescents, or pregnant women.

The addition of the two illnesses brings the total number of qualifying conditions to 23. These latest additions will come into effect later this month.

Levine also said there were plans in place to work with a number of state academic research centers to conduct further medical marijuana research.

Read more about medical marijuana in Pennsylvania at WHYY here.