Relic from Wilt Chamberlain’s 100-point game up for auction 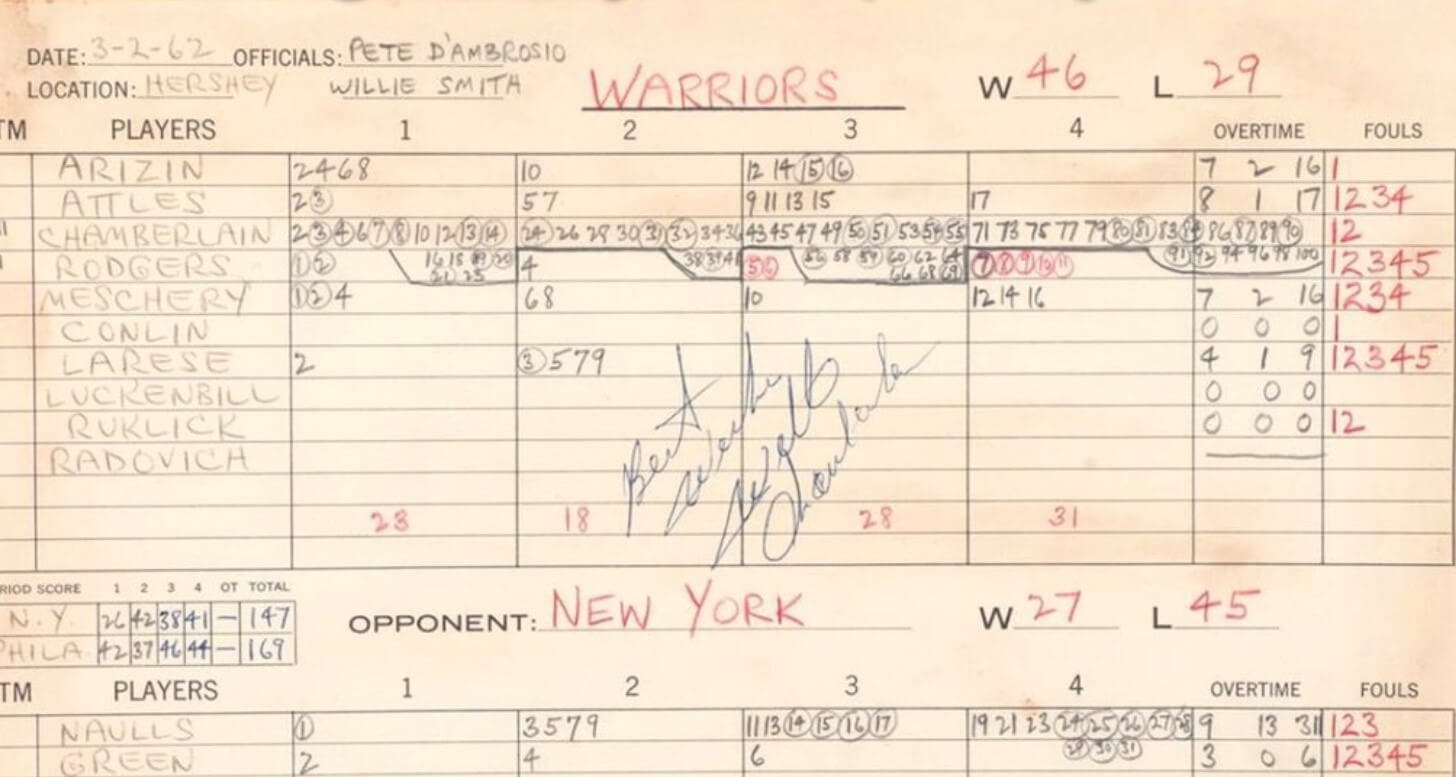 A scoresheet from Wilt Chamberlain’s 100-point game that originally belonged to Toby DeLuca, the late Springfield resident and longtime statistician for Philadelphia-area television and radio broadcasters, is up for auction, writes Frank Fitzpatrick for the Philadelphia Inquirer.

DeLuca kept the numbers for WCAU-AM’s Bill Campbell on March 2, 1962, when the Philadelphia Warriors beat the New York Knicks 167-149 in Hershey. The scoresheet belongs to Steve Smith, a former Delaware County resident who was gifted it by DeLuca’s widow.

Autographed by Chamberlain, the scoresheet will be sold in an online auction on April 10. The sale will be conducted by SCP Auctions, which said that another scoresheet from that game previously sold for over $100,000.

The auction house is advertising the item as “the official scorer’s sheet,” but Ronnie Pollack, son of longtime Warriors stats guru Harvey Pollack, disputes this. He says the sheet only tracks points and personal fouls for the 19 players who saw action in the game.

“The home team is responsible for the one official sheet, and that’s the one my father kept,” Ronnie said. “It would have had a lot more on it than what’s there.”

Read more about the scoresheet in the Philadelphia Inquirer by clicking here.