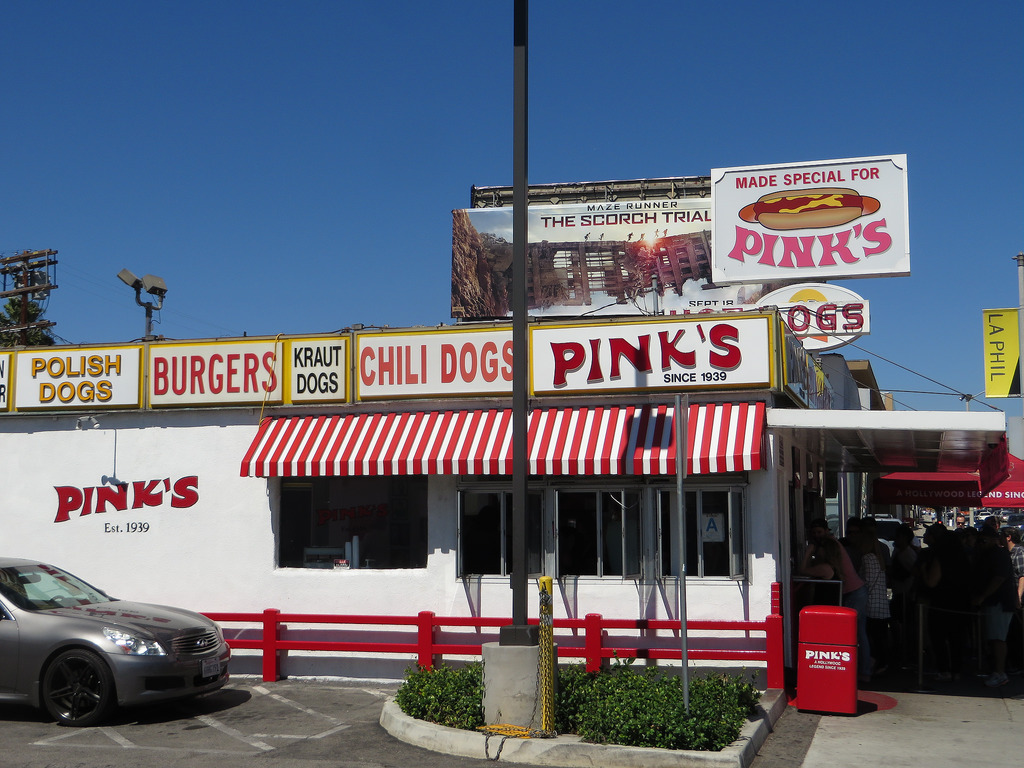 The Pink's Hot Dogs chain, which started in 1939 as a push cart at the corner of La Brea and Melrose in Hollywood, California, opened at the Savor food hall in the King of Prussia Mall. (Photo courtesy of flickr.com.)

The newest addition to the King of Prussia Mall’s Savor food hall is Pink’s Hot Dogs, set to open this summer.

Pink’s is like the Pat’s Steaks of frankfurters, writes Danya Heninger at billypenn.com.

Founded in 1939 as a pushcart by the same family that still operates it today, the mom-and-pop stand at the corner of La Brea and Melrose in Hollywood has become both a tourist destination and source of local pride.

The King of Prussia Pink’s will open in the Savor expansion corridor, said Kathy Smith, marketing director for Simon Property Group, which operates the mall. It will join upwards of a dozen outposts scattered around the U.S. and globe, including in Miami, Long Island, Manilla and Hawaii. Many are located at amusement parks or hotels.