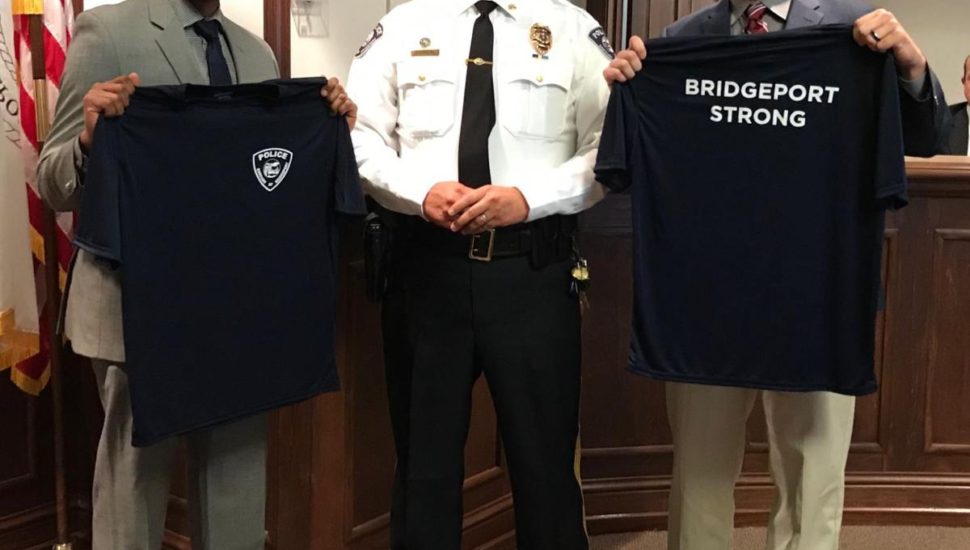 Franzone’s pizzeria is as iconic to Upper Merion as Pat’s Steaks is to South Philly. So, it’s fitting that the new chief of police for  Bridgeport Borough, where Franzone’s is located, learned of the job opening while enjoying a slice of pizza.

And to hear him talk, you get the impression that he might just bleed Bridgeport burgundy, that is, if he wasn’t a certified blueblood, hailing from a family steeped in Montgomery County law enforcement, writes Oscar Gamble in The Times Herald.

Bereda’s stepfather was a longtime Upper Merion Police Department sergeant and his dad Nick retired from the Tredyffrin Township Police Department after 27 years, coincidentally the same span of time Bereda spent there, working his way through the ranks to retire as a Detective Sergeant — their careers overlapped by five years.

His affinity for investigative work led him to undercover narcotics training and he became one of the first members of the Chester County Swat Team, supporting high-risk drug and search warrant operations.

In 1997, he was named “Officer of the year.” And a year later, he played an integral part in a high-profile six-month investigation that brought down two notoriously prolific and brazen criminals responsible for dozens of armed robberies, including several banks.

Throughout his 20 years as a detective, Bereda continually sought out professional development opportunities and recently graduated from the New Jersey Chiefs of Police Association’s leadership academy at West Point.