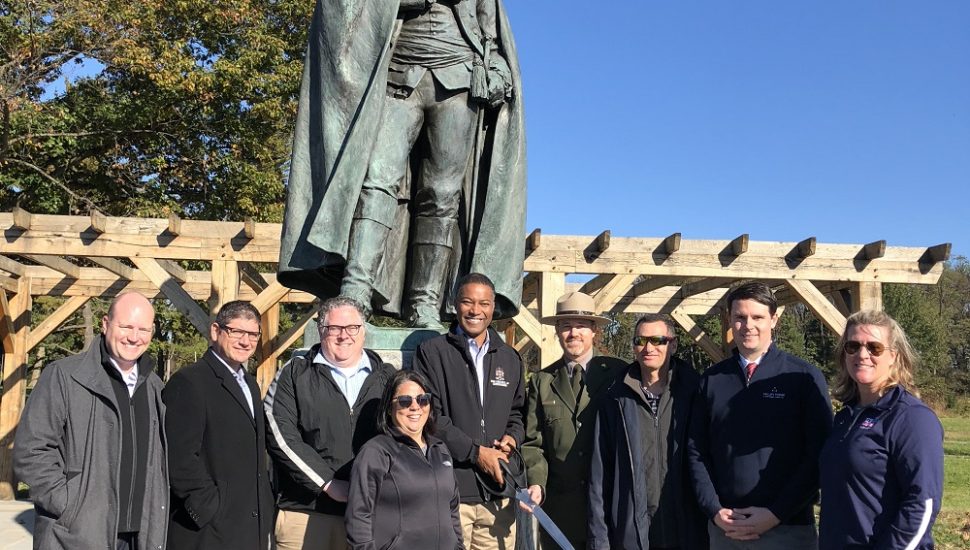 The Grand Parade is the valley where Major General Friedrich Wilhelm Baron von Steuben took on the training of the Continental soldiers. (Image courtesy Valley Forge Tourism & Convention Board)

The ribbon-cutting ceremony highlighted the ongoing restoration of the Grand Parade and celebrated the major completion of major components of this visionary project.

The Grand Parade is the valley where Major General Friedrich Wilhelm Baron von Steuben took on the training of the Continental soldiers, beginning their transformation into a single army that ultimately won independence from the British.

Today, the Grand Parade itself is midway through its own transformation, providing essential habitat for birds, and other animals, as well as outstanding natural experiences for visitors.

Funding for the Grand Parade Trail was made possible through the generosity of the following donors, and the vision and hard work of the National Park Service staff and volunteers to bring this project to fruition:

C&N Donates $20,000 Through EITC Contributions to YMCA of Bucks and Hunterdon Counties