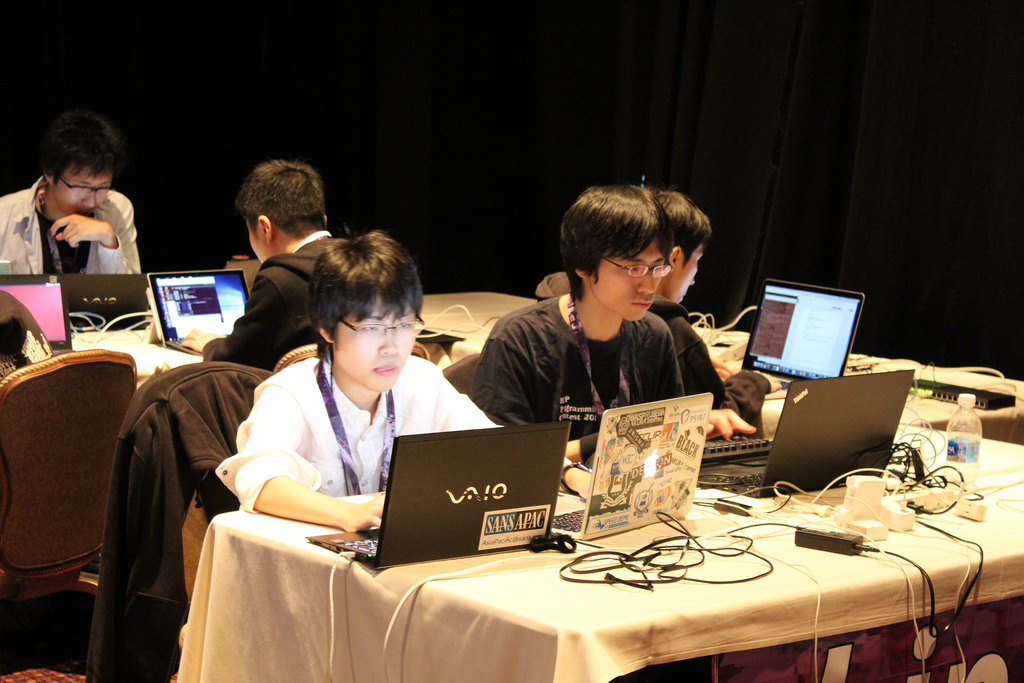 The Def Con conference is playing an important role in helping states shore up their cyber defenses in time for the midterm elections. (Photo courtesy of flickr.com.)

Def Con, which began life as a gathering for hacker hobbyists, is playing an important role in bringing together the federal government, the security industry and election officials, as they race to help states shore up their cyber defenses in time for the midterms.

Jake Braun, co-founder of the Def Con “village” (room) devoted to election issues, said he believes the event’s organizers have contacted more election officials than anyone else since the 2016 election — even more than the federal government, writes Hannah Kuchler at bizjournals.com.

Indictments issued last month by Robert Mueller, the special counsel investigating Russian interference, against 12 Russian intelligence officers set out in detail how they targeted the 2016 US election. As well as hacking the Democratic National Committee, they successfully stole 500,000 voter records from one state and attacked the computers of a vendor which sold software used to verify voter registration.

In a conference room at the faux Roman Caesars Palace hotel in Las Vegas, Def Con organizers will be holding a mock election while “white hat” hackers try to find vulnerabilities in voting machines and e-poll books, which track who has already voted. There is also a replica of an entire election office network, so hackers can work out how sensitive data is transferred around the system.