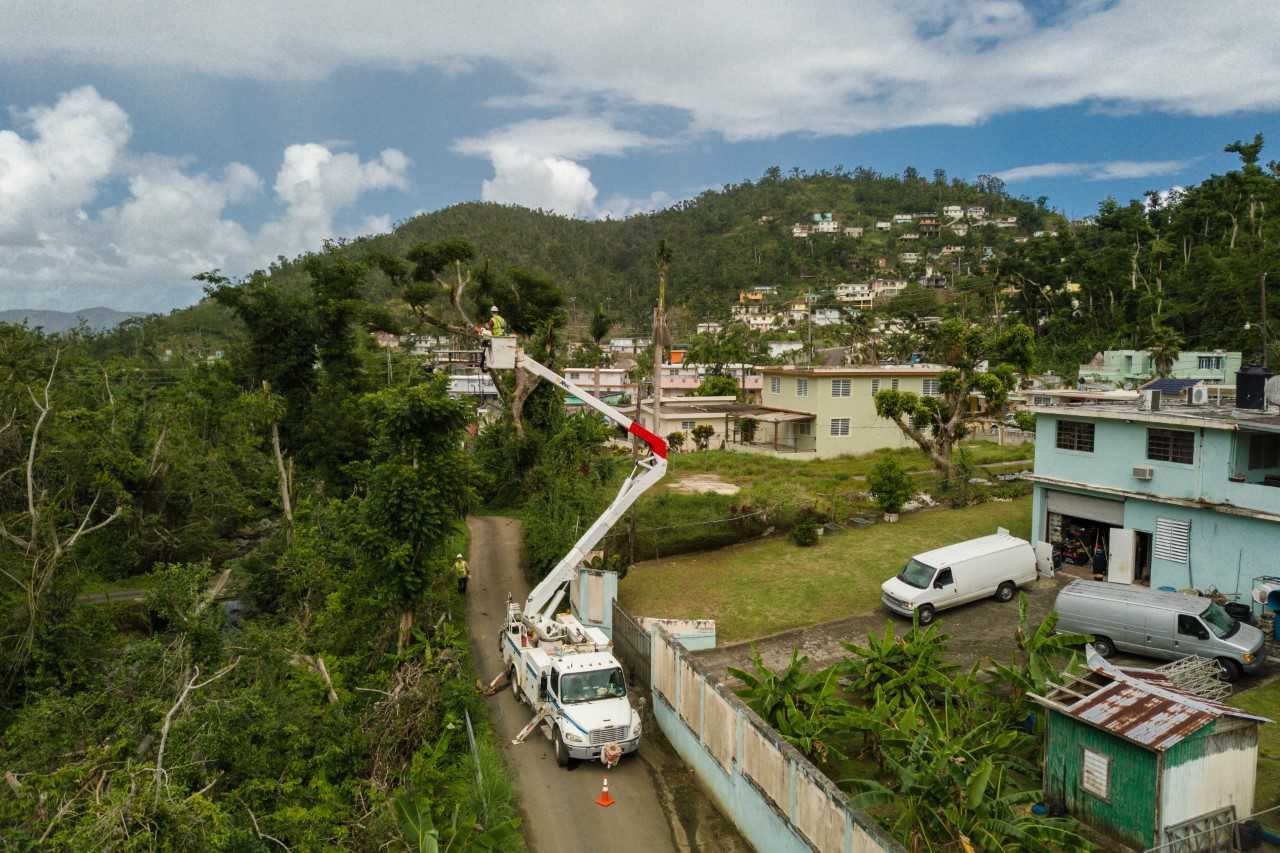 Most of the current PPL Electric Utilities contingent of nearly 40 workers and support personnel arrived in Puerto Rico on Jan. 25 and is about to be replaced by a new group of PPL workers. (Image courtesly PPL.)

For Eric Benner, it is a job like no other on an island 1,600 miles from home.

For the past several weeks, the Harleysville man has been working with fellow PPL Electric Utilities linemen to restore power in Puerto Rico, ravaged by Hurricane Maria in late September. PPL crews are working in the Caguas region of Puerto Rico, south of San Juan in the Central Mountain Region of the island, according to a press release from PPL.

They’re restoring power to residents who have not had electricity since the hurricane.  One day, they were able to restore electricity to a church’s day care center. On another day, a nursing home got its power back. Working from sunrise to sunset every day, PPL crews say their work is sincerely appreciated by local residents.

“It’s been a very humbling experience seeing people who’ve been without power since Hurricane Irma,” Benner said. “The local residents are happy to see us, whether they are getting power back that day or next week.”

Most of the current PPL contingent of nearly 40 workers and support personnel arrived in Puerto Rico on Jan. 25 and is about to be replaced by a new group of PPL workers. PPL was one of 18 investor-owned utilities in the mainland U.S. who recently traveled to Puerto Rico in a restoration effort coordinated through the Edison Electric Institute, a trade group. Unlike mutual assistance situations here in the continental U.S., crews could not drive their equipment to where it was needed. PPL’s bucket trucks and other vehicles went to Puerto Rico on barges that departed from Norfolk, VA and Lake Charles, LA.