Melt Shop, now in King of Prussia, to open 18 more in the Philadelphia region 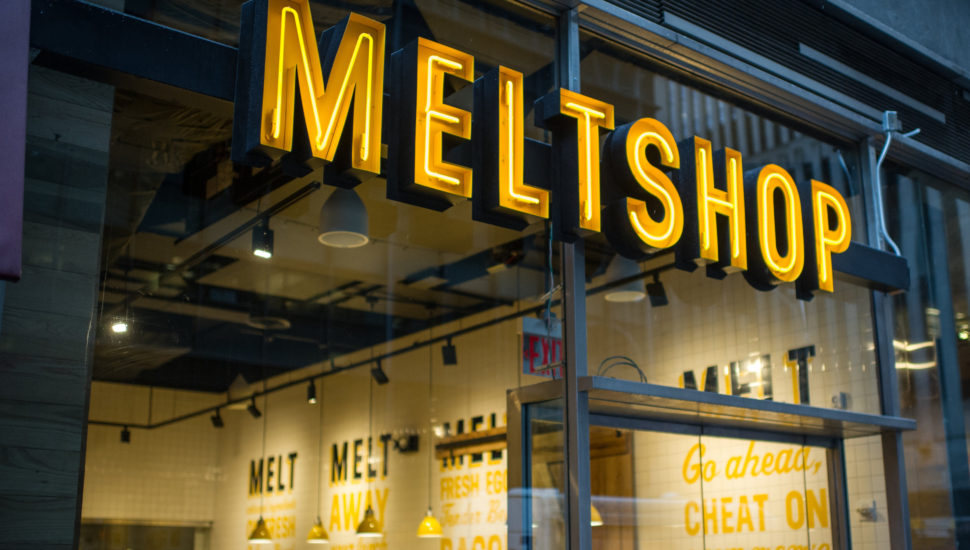 The restaurant brand, known for its melted sandwiches opened its first Philadelphia-area Melt Shop in September 2016 at the King of Prussia Mall. (Photo courtesy of Melt Shop)

A New York melted sandwich restaurant chain, first introduced to the Philadelphia region at the King of Prussia Mall, has made moves to aggressively expand in the region, making a bet on the local market by signing its first-ever development deal.

Melt Shop has signed a development deal with local entrepreneur Drew Smith, who will open, own and operate 18 locations in Pennsylvania, New Jersey and Delaware. The first location is expected to open in 2018 in Delaware, writes Kenneth Hilario in the Philadelphia Business Journal.

The restaurant brand, known for its melted sandwiches, tater tots, salads and shakes, opened its first Philadelphia-area Melt Shop in September 2016 at the King of Prussia Mall.

Spencer Rubin, who founded the concept in 2011, said in an earlier interview that the company had kept a “close eye on the Pennsylvania market,” and that the “Philly market continues to get strong and stronger, and we are excited to work on other opportunities in the market.”

Melt Shop recently launched its franchise program, and Spencer said the development deal with Smith is “key to catapulting our growth.”

It’s a sign of outside companies identifying the area’s growth potential and opening multiple locations. Companies that have invested in the region include Chicago’s Naf Naf Grill and Los Angeles’ salad company sweetgreen, both of which have locations in Center City and the King of Prussia.

Pennsylvania native Smith will expand the Melt Shop concept in eight counties across Pennsylvania, New Jersey and Delaware as part of the development agreement.