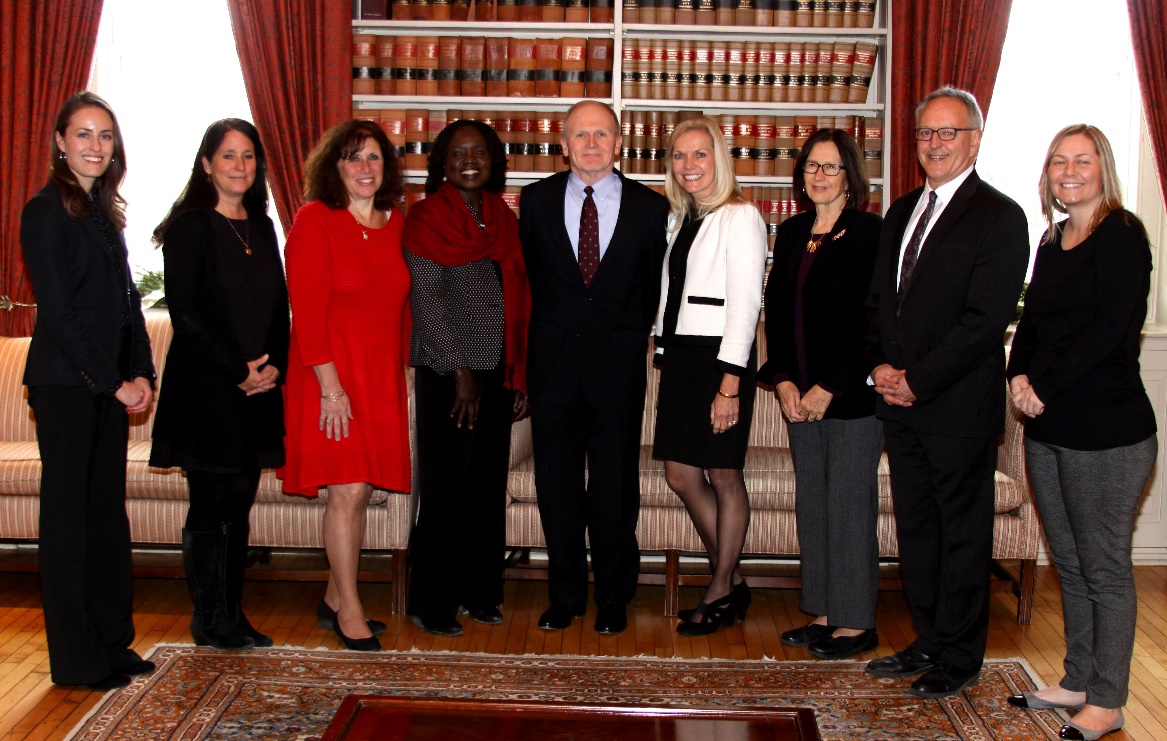 The year began with the planning stages of its first-ever Access to Justice Summit, a spring event which brought together dozens of area non-profits, human service agencies, thought leaders, and community stakeholders, all who share or contribute to the Bar Foundation’s common goal of ensuring equal access to justice for all in Montgomery County.  The Summit aimed to encourage collaboration, and to determine where the Bar Foundation and its community alliances, along with the Bar Association’s member-attorneys, could make their most immediate and significant impact. Attendees also sought to identify redundancies and overlaps among social service providers and address needs of underserved populations in Montgomery County.  Vulnerable households — with limited access to legal representation and a lack of awareness of community services and resources available to stabilize their situations – became an immediate area of focus, according to a press release from the bar association.

In the weeks that followed, ongoing dialog between participants quickly turned to action, prompting the launch of the newly formed Eviction Prevention and Intervention Coalition (“EPIC”), a cross-system partnership between Montgomery County’s Housing and Community Development Office /Your Way Home, The Montgomery Bar Foundation and Bar Association, Legal Aid of Southeastern Pennsylvania and the Montgomery County Courts.  Beginning January 9, EPIC will launch a six-month pilot program in Judge Margaret Hunsicker’s Magisterial District Court 38-1-16 in Norristown, that will provide free, limited representation to tenants facing eviction, with fiscal sponsorship provided by The Montgomery County Foundation.  A free CLE program for attorney volunteers was recently held at the Bar Building, and those who completed the necessary training will be covering shifts on Tuesday and Wednesday afternoons, reflecting an adjustment to the hearing schedule by Judge Hunsicker and court administration to accommodate these cases. Administrative costs associated with this groundbreaking pilot program are being subsidized by a grant from the Bar Foundation.

The Holiday Luncheon also marked the close of a banner year for the Bar Foundation’s fundraising efforts, sparked by changes to its Fellows program, a landmark 30th anniversary concert fundraiser at the Ardmore Music Hall, and a successful Legal Aid Golf Classic and Annual Appeal.  These events, along with other contributions, have allowed for $60,000 in new grants to be awarded Monday to worthy organizations working toward a common goal of improving access to justice throughout Montgomery County.  In addition to funds granted to help launch the aforementioned “EPIC” program, the following organizations also received grants from the Montgomery Bar Foundation: Montgomery Child Advocacy Project (MCAP); Legal Aid of Southeastern Pennsylvania (LASP); Mission Kids; Laurel House; The Women’s Center of Montgomery County; Victim Services; Family Services (for its Women’s Re-entry Initiative); and the Montgomery County Public Defenders’ Office (in collaboration with Family Services for their expungement clinic program).

Befitting its truly eventful year, the Bar Foundation, together with the MBA’s Community Outreach Committee, celebrated new and ongoing partnerships. Several community leaders were in attendance, including the Honorable Carolyn T. Carluccio, the Honorable Garrett D. Page, and Chair of the Montgomery County Board of Commissioners Dr. Valerie A. Arkoosh.  Although Montgomery Bar Foundation’s 30th anniversary marked a significant milestone and a fitting opportunity for reflection, 2017 will perhaps be more fittingly remembered as a year for creation. The Montgomery Bar Foundation is readying its path for an even more impactful future, and embracing the wisdom of one well-known former attorney [and U.S. President] Abraham Lincoln who knew “the best way to predict your future is to create it.”