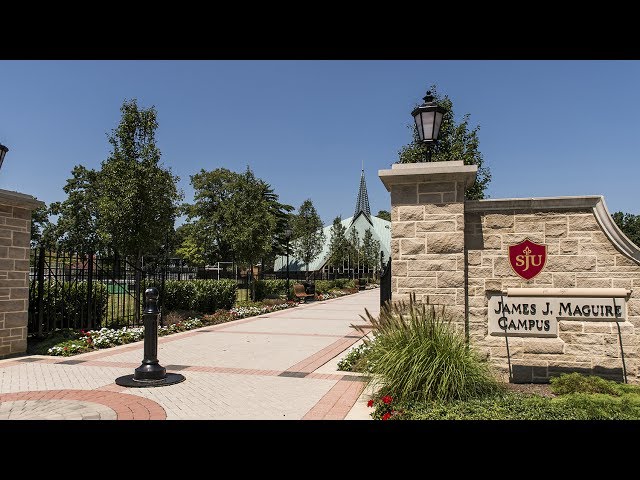 Once a troubled student due to an undiagnosed case of dyslexia, Maguire found his calling in insurance sales. He began his career at MetLife before establishing the Maguire Insurance Agency, which is now Philadelphia Insurance Companies, nearly six decades ago.

It provides insurance to both nonprofit social service agencies and health/fitness clubs.

His success prompted Maguire and his wife Frannie to establish the Maguire Foundation seventeen years ago.

They have focused their donations in the Greater Philadelphia area, and have already given over $80 million to local educational, human service, and cultural institutions.

This latest gift from the pair is an astonishing $50 million to Saint Joseph’s University.

According to university’s President Mark C. Reed, the gift is a game-changer. It will be used to expand the “Maguire Scholars” scholarship which helps SJU attract students from Philadelphia are and beyond.

“This investment will advance academic excellence and will increase student access through a major infusion of endowed funds for scholarships and financial assistance,” said Reed.

Read more about Maguire’s generosity at Inside Philanthropy by clicking here.