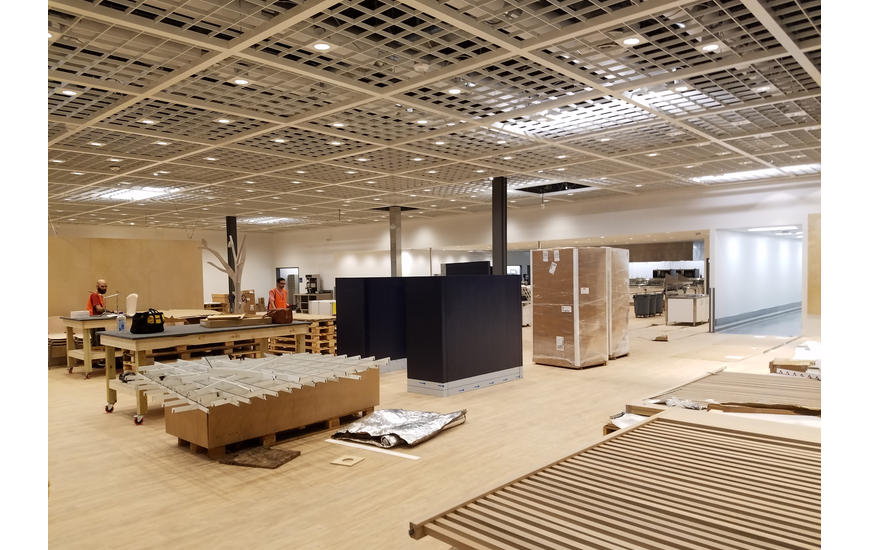 , the Swedish furniture giant which has its U.S. headquarters in Conshohocken, plans to open four more stores by the end of the year, including its upcoming store in Jacksonville, writes David Cawton for Daily Record.

The Jacksonville store is the company’s first single-story store in Florida. It covers 290,000-square-feet and is set to open this fall.

Just like other IKEA locations nationwide, customers will be able to browse through over 10,000 items ranging from beds and whole kitchen sets to bathroom rugs and kitchen utensils.

There will also be more than 40 furnished example living spaces. These are decorated with IKEA products to provide customers with inspiration for their own homes.

According to Joseph Roth with IKEA public affairs, the company is also planning to open locations in Indianapolis and Milwaukee along with a second location in Dallas. But he added that the company’s growth tends to ebb and flow from year to year.

“We may open only one store next year, but we have four scheduled for 2019,” he said. “It’s a long process since we’re not just building a store, we’re buying and developing large pieces of property.”