Zern's Farmers Market in Gilbertsville Up for Sale 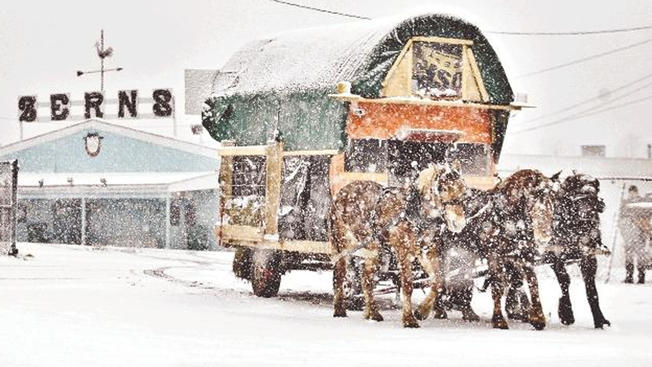 Zern's Farmers Market in Gilbertsville that spans 200,000-square-feet of enclosed space on 24 acres is up for sale for $5.4 million. (Image via nbcphiladelphia.com)

Zern’s Farmers Market in Gilbertsville, which has been a popular shopping destination for nearly a century, is looking for a new owner, writes Natalie Kostelni for Philadelphia Business Journal.

Zern’s was first established on the outskirts of Montgomery County by William Zern in 1922. The property was later bought by Morris Lipton and is currently owned by his daughter, Bobbi Gail Lipton. She took over after her father’s death in 1992.

The property was first put up for sale for $7 million last December, but the asking price has now dropped to $5.4 million. Bobbi is looking for a buyer that will continue to run the market as a weekend destination for fresh produce, as well as a space that includes pop-up flea markets, and welcomes wrestling matches.

“There’s a lot history there,” said Ryan Cortez, a real estate agent with Kurfiss Sotheby’s International. “Our ideal purchaser is someone who is nostalgic to the history of the business and can see the vision and continue to operate it.”

Read more about the property at Philadelphia Business Journal by clicking here.