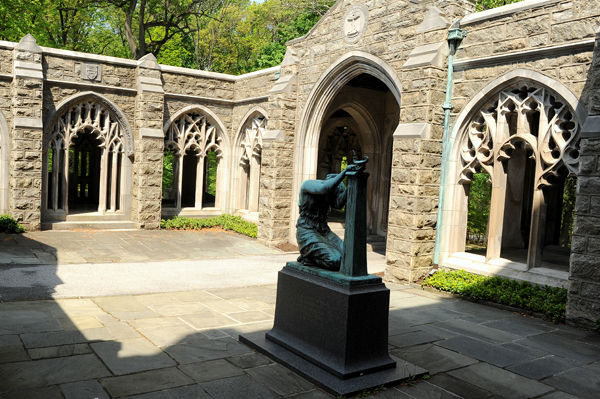 Celebrate Memorial Day with the magnificent sounds of a special outdoor concert at the Washington Memorial Chapel in Valley Forge starting at 2 PM.

This holiday weekend, celebrate Memorial Day with the magnificent sounds of the Carillon during a special outdoor concert at the Washington Memorial Chapel in Valley Forge starting at 2 PM.

The Chapel’s Carillon, which is an extraordinary instrument housed in a 112-foot-tall building that is dubbed the “National Patriots Tower,” comprises 58 bells, each tuned to a specific note. Played by a master musician, its gorgeous sound adds a vibrant, extra dimension to the Washington Memorial Chapel experience.

“It’s inspiration,” said Chapel Carillonneur Doug Gefvert. “It brings that other element – the fire – to the table.”

The Memorial Day holiday repertoire, Gefvert promises, will be a mix of well-known patriotic compositions and other music appropriate for the day, all arranged for the Carillon’s unique characteristics.

The Washington Memorial National Carillon was first introduced in 1926 to commemorate 150 years of American Independence. Initially, it only contained 14 bells, one for each of the original colonies and one that represented the “National Birthday.”

Throughout the 1930s, another 14 bells were added, and in 1941 construction began on a completely new tower – the one we see today. Funded by the Daughters of the American Revolution, this tower, with its carillon, was completed in 1953. The final two bells were added in 1963.