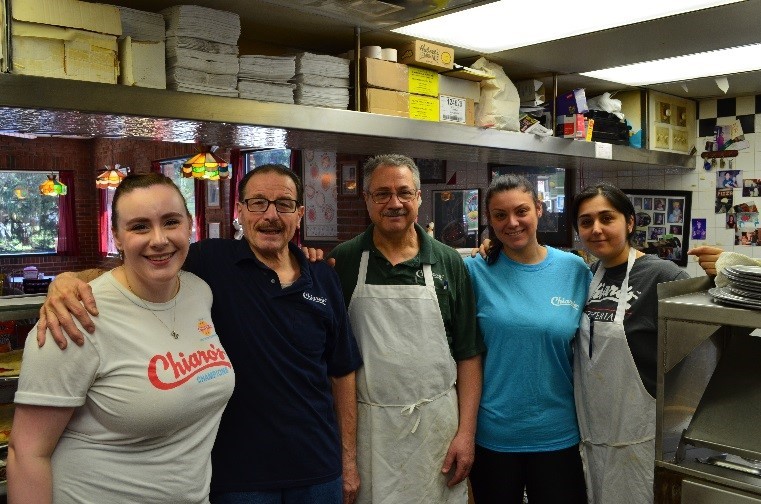 Chiaro’s Pizzeria’s deep connection to its menu and its customers led the restaurant to a second-year win of Montco’s Best Pizza Tournament.

When asked about the secret to creating pizza, Pete Chiaro, co-owner of Chiaro’s Pizzeria and Restaurant in Green Lane, doesn’t even use words to describe his process.

He simply smiles broadly, and puts both hands over his heart.

“It’s the heart … and the fingers,” Chiaro said in a nod to his staff’s kneading skills.

Chiaro’s deep connection to its menu and its customers led the restaurant to a second-year win of Montco’s Best Pizza Tournament, a county-wide culinary contest organized by the Valley Forge Tourism & Convention Board.

Chiaro might deal daily with pizza, but his culinary skills run much deeper. He was certified as a chef in London while working at the famed Savoy Hotel.

“We did banquets for the Queen and the Prime Minister,” said Chiaro, who also worked in Germany before coming to the U.S.

In the month-long competition, the VFTCB received more than 300,000 votes through its website.

“From a marketing standpoint,” said Edward Harris, Vice President of Marketing and Communications, “we were firing on all cylinders. We created promotional kits to help all our participants; these included magnets, a flier, and a pad of voting reminders that the pizzerias could include with their checks. These were all put together in a branded pizza box.

“This was an effort that strengthened our connection to the small towns in Montgomery County and the mom-and-pop commercial entities that do business there. They all contribute to the overall attractiveness of our area, easing our job of encouraging multiday stays, where visitors can explore all we have to offer.”