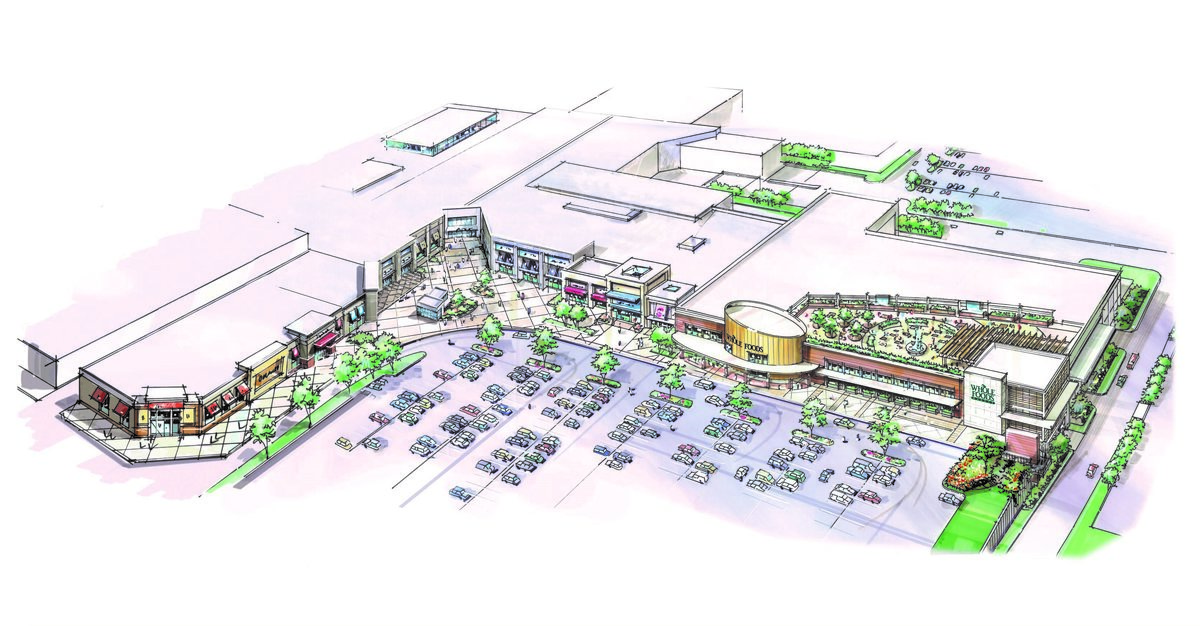 A conceptual rendering of what PREIT wants to do with the Macy's space at Plymouth Meeting Mall. (Image and caption via Philly.com)

PREIT’s hard work to find a replacement for Plymouth Meeting Macy’s store seems to have paid off, writes Suzette Parmley for Philly.com.

The group, which started searching for new occupants even before the retail giant officially announced which stores it will be closing, is already in negotiations potential new tenants. PREIT has been considering a new approach to filling the emptied square feet, orienting towards fitness centers, grocers, entertainment venues and even restaurants as possible anchors.

“The concept for the redevelopment would continue the mall’s transformation into a lifestyle destination,” said PREIT CEO Joseph Coradino.

He added that the group is taking this as an opportunity to continue its conversion of Plymouth Meeting into a “dining, entertainment, and lifestyle experience for consumers, by blending a diverse mix of retail, dining and entertainment concepts.”

One of the best examples of the transitioning nature of anchors is the upcoming Legoland Center at Plymouth Meeting. The 33,000-square-foot Legoland Discovery Center will debut this spring at the mall.

“The Lego deal at Plymouth Meeting wasn’t considered a traditional anchor, but in 2017 that is an anchor,” said Douglas Green, managing principal at MSC, which did the Legoland Center deal.

Read more about the replacement plans at Philly.com by clicking here.