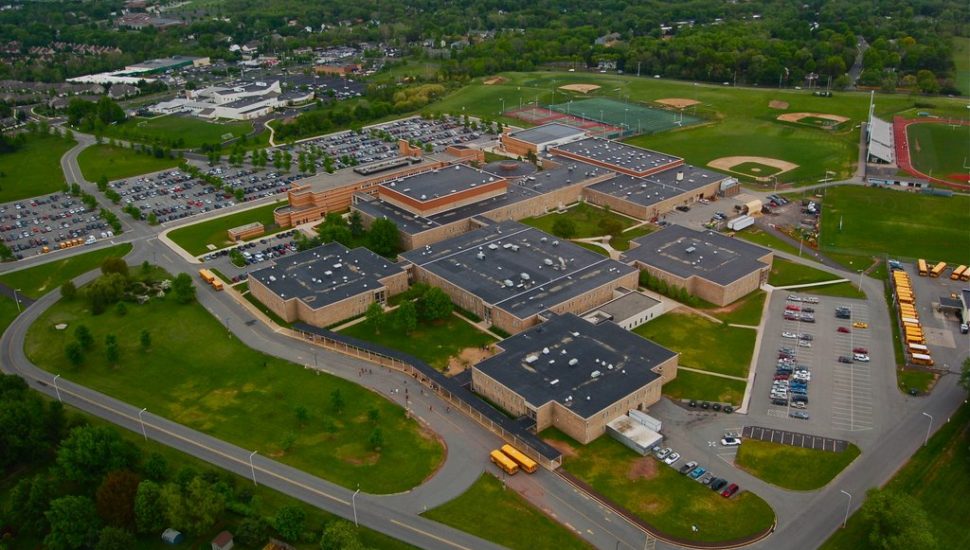 North Penn High School in Towamencin Township, is one of three Montgomery County public schools among the top-performing public schools in Pennsylvania. (Image via Cris Doerr)

Last week, the Pennsylvania Department of Education released School Performance Profile scores that measure the academic progress of 2,860 public schools across the state, writes Kathy Boccella for the Philadelphia Inquirer.

In the annual assessment, each school receives a score based on standardized testing, student improvement over the previous year, graduation rates, and other factors. A few outstanding schools can achieve scores above 100 with the help of “extra credit.”

The scores are available online at www.paschoolperformance.org.

Matt Stem, deputy secretary for elementary and secondary education, stressed that the scores primarily reflect the results of the 2016 Pennsylvania System of School Assessment (PSSA) for elementary and middle schools and the Keystone exams for high schools.

In previous years, education officials said a score below 70 was considered failing, but this year they declined to define a passing grade.

Since the inception of the school “snapshot,” Pennsylvania’s top scorers have come from the Philadelphia suburbs.

The PSSA test in English/Language Arts and Math is administered annually to third- through eighth-grade students. Fourth graders and eighth graders also take a science exam. The Keystones test high school students in algebra I, biology, and literature.

Click here to read more about the state’s top-performing public schools in the Philadelphia Inquirer.