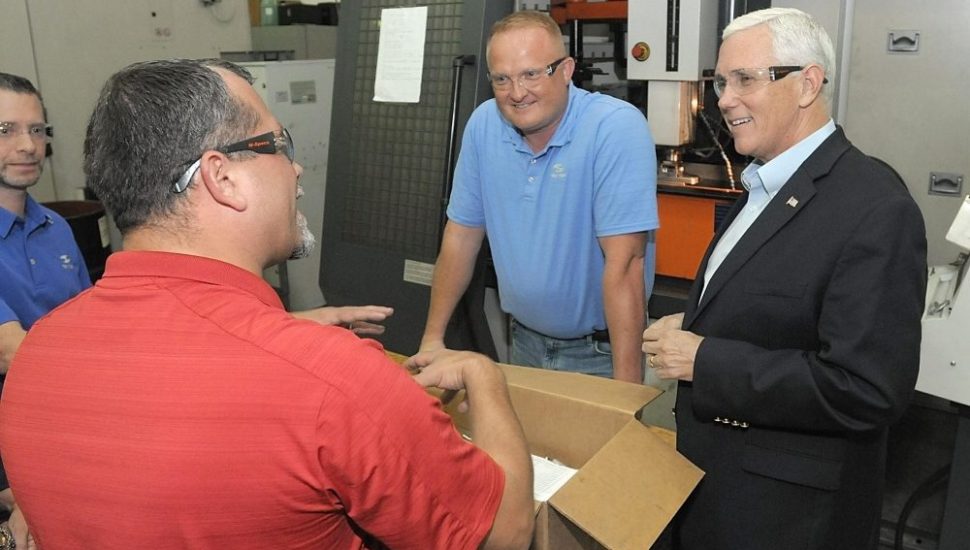 Upon arrival, Pence toured the facility, which has grown from its original 11 employees to 300, with owner Gary Johnson. The Indiana governor then delivered a message to the crowd that was tailor-made for the fiscally conservative group the Republican nominees are trying to woo in Pennsylvania.

Pence focused on the positive traits of his running mate.

“You’ve nominated a man who is a fighter, who is a winner, who gets up every day and will fight to make America great again,” he said of Trump.

Pence also echoed the campaign’s sentiment that a Clinton presidency would amount to a third term for President Barack Obama.