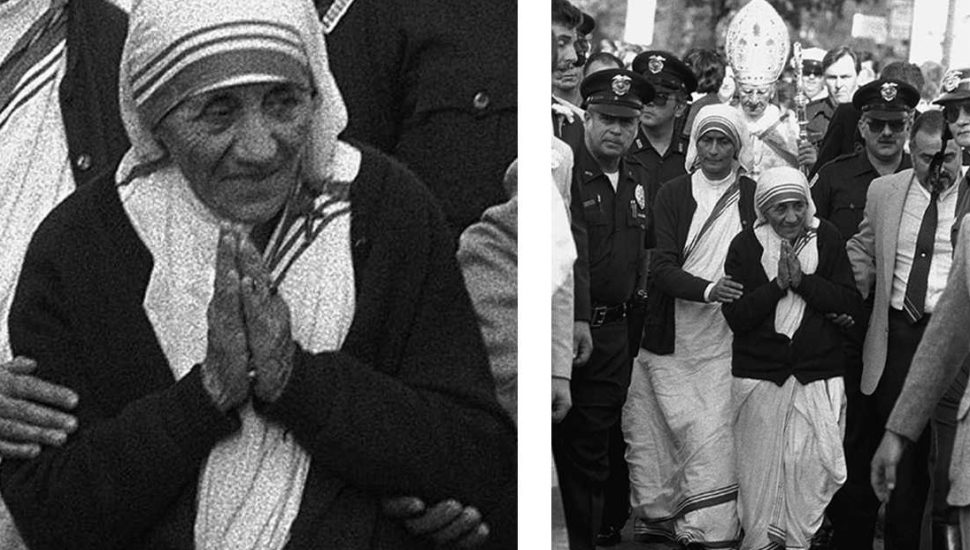 Photo of Mother Teresa of Calcutta in Norristown in 1984 courtesy of Amy Sancetta, Associated Press.

Mother Teresa’s religious order in Norristown, the Missionaries of Charity, are continuing the work of the woman who was canonized as a saint on Sunday, writes Laura Benshoff for NewsWorks.

The Montgomery County outpost, which also does outreach in Philadelphia and Camden, was founded by Mother Teresa herself in 1984 at the request of the local archbishop. Since then, a rotating group of four sisters have inhabited the house while fulfilling the vows of their order, which require chastity, poverty, obedience, and free services to the poorest of the poor.

Thanks to the help of an army of volunteers from Catholic parishes, the order runs a soup kitchen that serves lunch on most days. The community also runs a 16-bed emergency women’s shelter and holds a Sunday school for children.

Sister Regis is the most senior of the four nuns who represent the order and wear the traditional blue-bordered white sari.

“All our work is immediate service,” said Sister Regis. “We are not going for continuous work that someone else can do. Today the person is hungry; today the person has no place to stay.”

Read more about the Missionary Sisters from NewsWorks by clicking here.