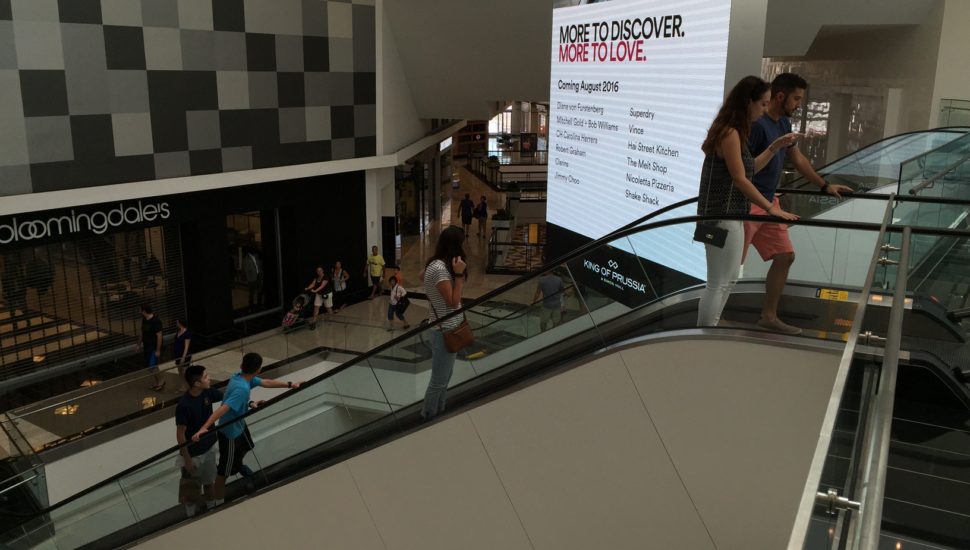 The King of Prussia Mall has pretty much finished its massive expansion, with every aspect overseen by its general manger, Robert Hart, according to a feature in the first edition of Greater Philadelphia Business magazine.

It was not a new experience for Hart, who had already gone through one major expansion during his past 12 years in charge. In an interview with Greater Philadelphia Business, he discussed changes in shopper behavior and the expansion’s progress.

Hart views customers today as more digitally evolved than ever, as everyone has a smart phone where they can research products.

“Customers’ tastes change and retail will always change,” he said. “What’s hot today may not be hot down the road, and there will always be new retailers coming in.”

Now that the connector is complete, shoppers are able to enjoy the whole area as one mall, not just as the Court and the Plaza.