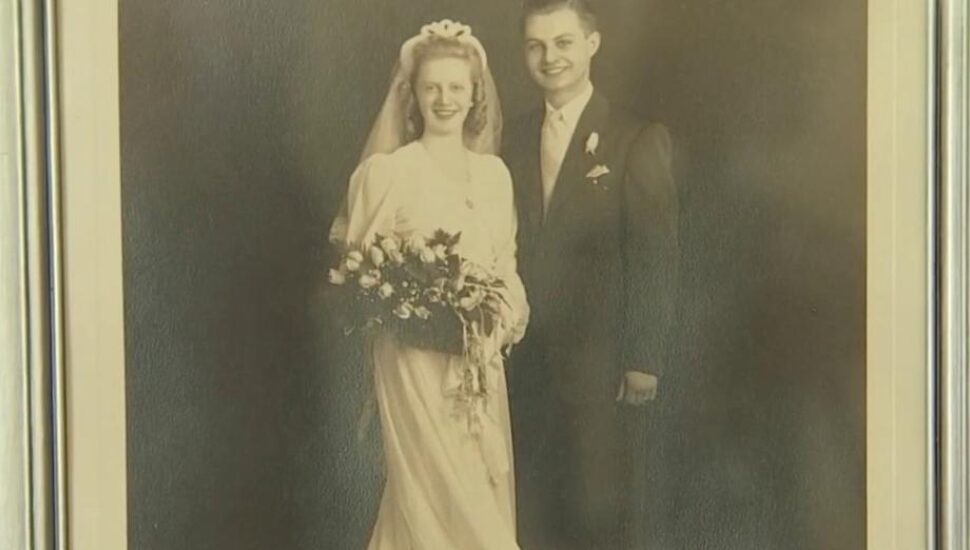 Image via NBC10.
Martha and Chester Pish, of Pottstown.

The oldest married couple in Pennsylvania, Martha and Chester Pish, of Pottstown, have been together for over eight decades, reports Danny Freeman for NBC10.

“We’re so grateful and thankful that we were able to live this long,” said Chester.

“His smile,” she said. For Chester, it was Martha’s blond hair.

At nineteen, the couple were already married and had a child, but World War II was raging and Chester felt the need to do his part. He joined the navy and lost communication with Martha. One day she opened the newspaper to see that his ship was lost at sea.

“I went upstairs and I just cried,” said Martha.

However, Chester Pish eventually made it home safely and the pair rarely spent any time apart since then. They often went to dances together despite one small issue.

“He couldn’t dance,” said Martha with a smile. “But we just liked holding each other so we danced.”

Watch the entire segment with Martha and Chester Pish of Pottstown at NBC10.

Editor’s Note: This MONTCO Today post ran originally on Oct. 31, 2022; it has been verified for accuracy.