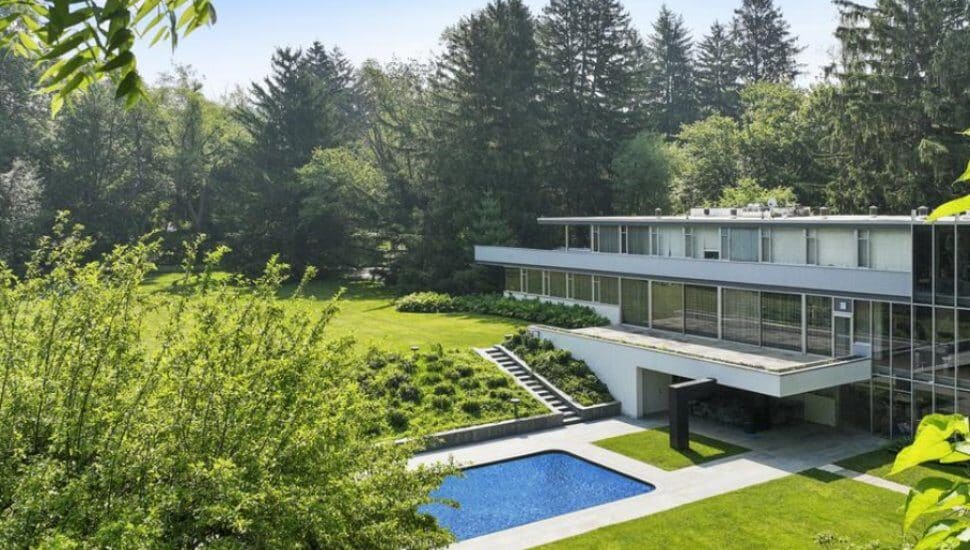 A 22-room estate in Gladwyne is on the market with a $4.5 million asking price. Ryan Mulligan unlocked the backstory of its architect, Richard Neutra, and the justification behind its cost in the Philadelphia Business Journal.

The property at 1020 North Lane in Gladwyne is an East Coast rarity: designer Neutra was born in Austria, came to the U.S., collaborated with Frank Lloyd Wright, and built homes primarily in Southern California. One of his dwellings there was owned by singer Barry Manilow.

The Montgomery County build is one of only six that Neutra undertook in the Philadelphia region.

It was commissioned in 1958 by a prominent socialite-entrepreneur whose family owned it for 64 years.

The Main Line home has 22 rooms, including seven bedrooms and an equal number of bathrooms. The six-acre property, near the Philadelphia Country Club, has a pool and six gardens.

Its listing is being handled by Christie’s International Real Estate.

“It’s such a unique property; it’s literally a work of art,” said Daniel Peros of Christie’s.

The Philadelphia Business Journal has more on the history and amenities of this unique Richard Neutra opportunity.

As seen in this BBC report, much of the architectural style of designer Richard Neutra fit well with the 1960s vibe of Southern California,
making his East Coast buildings both unique and rare.

House of the Week: Mid-Century Modern Masterpiece in Huntingdon Valley