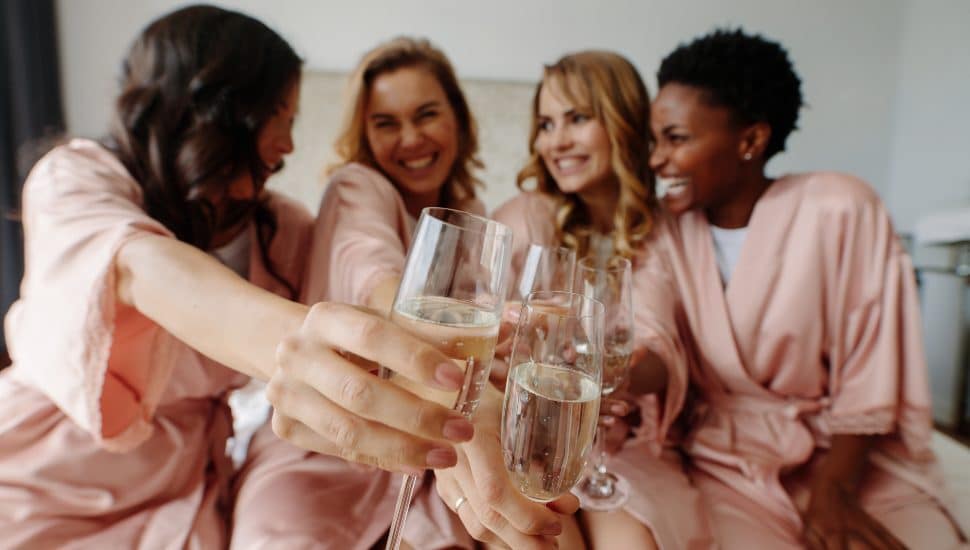 Abington’s Bach to Basic is hopping on a tech bridal-party trend. The company, which plans multi-day luxury bachelorette parties, is incorporating Venmo QR codes. It’s part of the latest fad for brides-to-be, according to KARE 11, a Minn. television station.

The QR codes can be found on keychains, temporary tattoos, or even written in marker on the rear windows of cars.

It’s a way for strangers, passersby, and generous well-wishers to buy the bride a drink. And if the bar bill gets covered in total, the newlywed couple can use the overage for other wedding-related expenses.

The Venmo QR codes “…would be included in their decoration set-up or their favor bags.

“We can print little QR code logos on [them], or at least customize with the bride’s name.

“Any sort of little details they want,” said Allison Odhner, founder of Bach to Basic.

A question related to the practice has, however, arisen in its wake: Is it tacky?

Bethany Friske, founder of Doors of Success School of Etiquette in Minn., says asking for a donation “takes the fun” out of the chance for strangers to treat a bride out of the kindness of their hearts.

“I feel like our up-and-coming generation are more and more, ‘You owe me something,'” Friske said. “And honestly, we don’t owe anybody anything.”

Odhner, who sees it all part of a spirited time, said the suggestion to fund a bride’s big day should carry an underpinning of manners. She advises bachelorette party organizers against “… anticipating that everybody they see is going to be wanting or able or interested in contributing to their weekend.”

Clearly, couples and their friends are successfully navigating any awkwardness behind the action.

Read more about the altruistic bachelorette party trend being furthered by Bach to Basic at KARE 11.

Wedding Industry: 'Do You Take This New Business Model?' David Bridal’s Response: 'I Do'