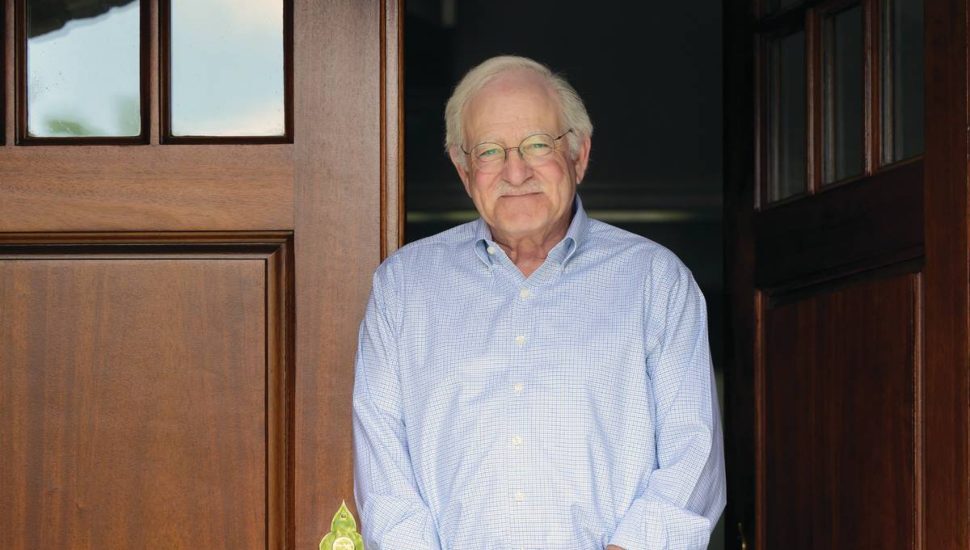 Image via Jim Graham.
Jim Gardner will hang up his hat at 6 ABC affter 45 years.

6abc veteran anchor Jim Gardner is from New York, but he’s called he’s made it a point to call the Philadelphia area his home.

“I wanted to go against the grain, to stay in one place for a lifetime, to raise my children here, and to call one place home,” Gardner told Main Line Today‘s Jim Graham.

At 72 years old, Gardner (born James Goldman), will hang up his hat at the end of the month.

He has had the longest tenure of any on-air personality in Philadelphia.

But he didn’t always work in television. He started out in radio in New York City, then joined WKBW in Buffalo as a news reporter.

Six months later, he became a weekend anchor and then launched a lunchtime news program.

It was at that network he met Larry Pollock, who was also a general manager at WPVI-TV. Soon after, in 1976, Gardner joined the Philadelphia station. He became an anchor six days before his 29th birthday.

He went onto become as ingrained in the area’s news scene as the station’s theme song (“Move Closer to Your World”).

The Action News brand hinged on short reports (no more than 90 seconds), live coverage, and the strategic decision to cover the Philadelphia suburbs with the same focus it did the city itself. Aside well-known colleagues Jim O’Brien, Dave Roberts, and Gary Papa, Garner reported high-profile stories from the U.S. Bicentennial to the MOVE disaster to presidential cycles and two Papal visits.

“Say someone was 15 when they started watching me, and now they’re 60 — and I’m still here,” he says. “You could say I was a part of their life’s journey.” he said.

45 years after his big break, Gardner lives in Villanova with his wife Amy Goldman.

He has four children, two with Amy and two from a previous spouse.

The 6abc theme song became part of the broadcast in 1972; although it was included in all regional versions of the Action News franchise, it stuck only in the Philadelphia market. It is so iconic that not even a Philadelphia Orchestra rerecording could replace it.

Jim Gardner Anchored His Final 11 pm Broadcast, "Wishes to See the Pandemic Retire Before He Does"

TV Sports Anchor Antics: How a Present-Day CEO in Yardley Became the Father of the Viral Video