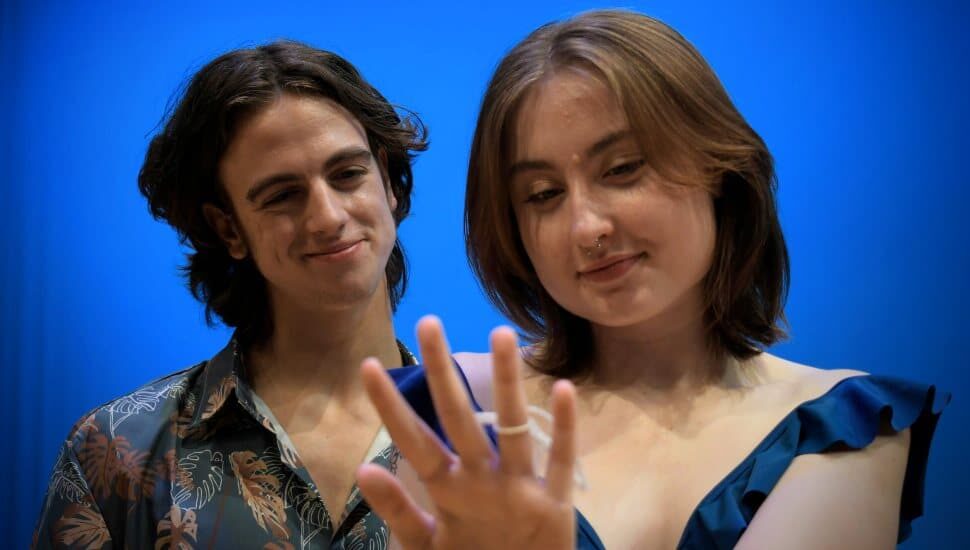 Directed by Associate Professor of Theatre Leonard Kelly, Eurydice runs Thursday to Saturday, Nov. 17 – 19, at 7:30 PM, and Sunday, Nov. 20 at 2 PM in the MainStage Theatre of the E.O. Bull Center for the Arts at 2 E. Rosedale Avenue in West Chester.

Eurydice reimagines the classic myth of Orpheus and Eurydice through the eyes of its heroine. Dying too young on her wedding day, Eurydice must journey to the underworld, where she reunites with her father and struggles to remember her lost love. She begins to discover that the cost of living again can sometimes exceed the cost of staying dead. Through humor and wit, Sarah Ruhl’s play transforms a traditional myth into a contemporary meditation on love worth grieving for.

Eurydice premiered in 2003, opened Off-Broadway in 2007, and was nominated for the 2008 Drama Desk Award. Ruhl adapted Eurydice for the libretto of an opera by the same name, which premiered in 2020 and received a production at the Metropolitan Opera in November, 2021.

“We look to expose our theatre students to a wide variety of plays throughout our season and to produce the work of at least one female playwright each season,” said Director Leonard Kelly. “I am a huge fan of Sarah Ruhl. Uniquely American, her plays feel very contemporary and are written with a lightness. The quality of her poetic text and the way that she distills language is beautiful.”

“Though this play may be lesser known, I invite audiences to come see this work because it is a wonderful production of a beautiful play by an important playwright,” added Kelly.

The title character of Eurydice is played by theatre major Kendall Collins, a first-year student.

“There have been so many versions of this ancient and tragic Greek myth,” said Collins. “What I love about Sarah Ruhl’s adaptation is that the character of Eurydice is a strong and independent woman rather than just Orpheus’s muse. She is not a maiden in distress who needs to be saved. I am honored to be able to craft a character that is different from what is so often portrayed.”

“This play also deals with grief in a really beautiful and touching way. It is my hope that audiences take from it the importance of living in the moment and appreciating each day,”a dded Collins.

General admission tickets are $12 at wcupatix.com.

Philadelphia Once Again Earns @#$%&! Title as Rudest City in the U.S.

What a Bright Idea for the Holidays: Take in a Dazzling, Delightful Light Display