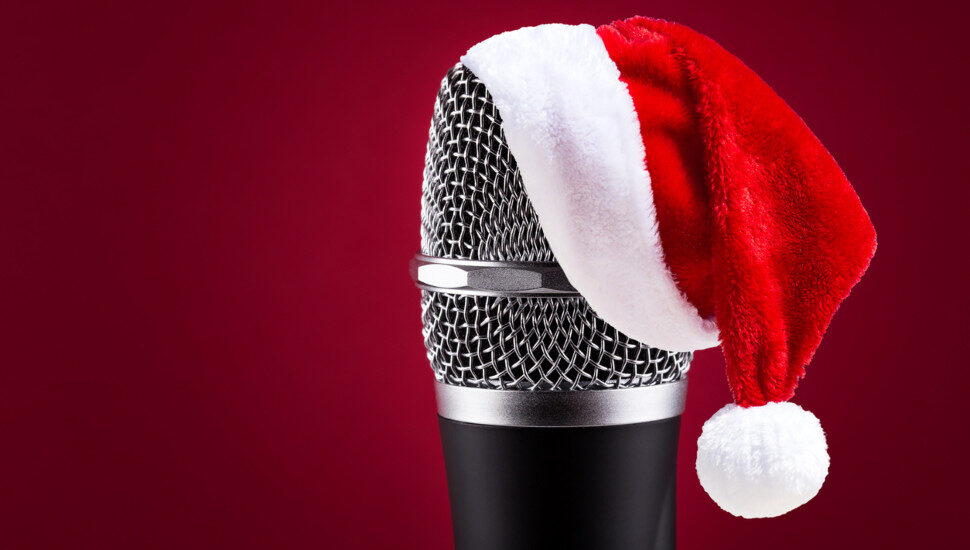 Image via iStock.
Lancaster County's holiday entertainment offerings are only one of a number of reasons to schedule a multi-day seasonal visit.

The Dec. Lancaster County entertainment scene offers sights, sounds, and story lines that can provide a welcome respite to the run-up to Santa’s big day. It’s a chance to set aside the chores and duties of the season, nestle into a comfortable seat, and surrender to the laughter, joy, and wonder of the season.

The list of entertainment also represents what could be an unusual and appreciated gift: tickets to a night out for a family member or friend on the list.

Rather than an impersonal gift card or an obligatory set of earrings or another sweater (ugly or not), the gift of a theatrical experience in Lancaster County (perhaps augmented by an overnight stay?) is something that will remain fondly in the recipient’s memory well into the new year.

On the entertainment scene, these recommended shows are either about to open or are running already; but their casts, sets, orchestras, and theater staffs will maintain their sparkle until closing night, generally Dec. 31.

When the holiday film Elf opened in 2003, it became an instant classic.

The book for the onstage musical version, revised from the original screenplay, was written by Robert Martin, who cut his career teeth with Toronto’s Second City comedy troupe.

He was joined in the Elf screen-to-stage translation by Thomas Meehan, who wrote scripts for hits from Broadway’s Annie to Young Frankenstein.

The stage version follows its cinematic forebear: A New York infant is accidentally transported to the North Pole. He’s given the name Buddy and raised as an elf, a job at which he fails spectacularly. Buddy then returns to the Big Apple to reunite with his father.

Oh, and — spoiler alert … or not; the movie plays nonstop in Dec. — save Christmas along the way.

The original Broadway production grossed over $1 million in one week.

The Dutch Apple edition runs until Jan. 8, and audiences can choose from the dinner-and-show combination or a show-only option.

The Christmas Tree Ship may be a lesser-known musical, but it shouldn’t be.

Its script is based on a true story of the three-masted schooner Rouse Simmons. Each Dec., its captain and crew transported Christmas trees across Lake Michigan to purchasers in Chicago.

During a Nov. 1912 crossing, however, it foundered, taking the life of its leader, Captain Herman Schuenemann.

He was so associated with bringing joy with his cargo of trees that he was given the nickname “Captain Santa.” The label was only reinforced by Schuenemann’s tradition of decorating his vessel as he vended trees: customers commonly called the vessel “The Christmas Tree Ship.”

Captain Santa, benevolent soul, was also known to give away trees to needy residents of Chicago who couldn’t afford them.

This musical version of the tale is told from the perspective of his surviving wife. The plot details her responsibility to raise her daughters while also continuing the family business.

It’s an epic, heart-warming, inspirational tale that will remind audiences of the importance of tradition, kindness, and the joy of Christmas.

The Christmas Tree Ship occupies the Bird-in-Hand Stage until Dec. 31. As with Elf, its seats are also being sold online.

Believe is a pastiche of sorts, uniting holiday-themed segments that include songs, magic, comedy, costumes, dancing, acrobatics, and plenty of Yuletide cheer.

Settings for this magical merriment include the North Pole and Santa’s Magical Workshop, which becomes very lively during the performance.

At the core of Believe is entertainer/magician Brett A. Myers, 2021 winner of the Merlin Award.

It’s an industry recognition among prestidigitators whose parallel is an Oscar in the film industry and an Emmy for television shows. Penn and Teller have one; so does AGT’s Shin Lim, which puts Myers in good company.

This is a dinner-theater presentation, where servers bring dishes tableside, even during the performance (they work to remain unobtrusive, however). The fare is kid-friendly (as is the show), with burgers, fries, and chicken fingers.

Believe tickets, too, can be magically made to appear in attendees’ hands by going online first.