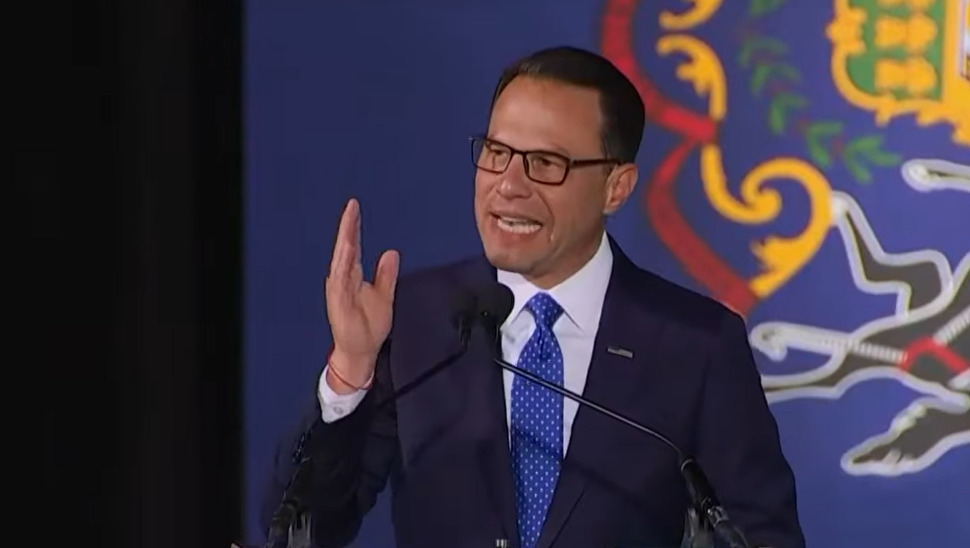 Surprising because its its setting was in Western Pa.

Shapiro’s resonating message, however, was universally appealing and evocative of his past interest in sports: get off the sidelines and into the game.

It’s a strong suit for Shapiro, theorized Sirota, an ability to air issues, identify villains, ease the pain points, and champion the average citizen — without condescension.

The strategy has paid off in Shapiro’s rising-arc political career:

Those on the receiving end of that battle spirit have been high-profile figures brought low, including opiate-peddling pharmaceutical companies, predatory 3-D gun printers, and pedophilic Catholic priests.

Shapiro’s inability to stay on the sidelines is occasionally evident at home as well.

According to Sirota, Lori Shapiro (Josh’s wife) often puts the kibosh on pickup basketball games in the driveway with his kids.

He’s too focused on winning, she said.

And as election results showed, she knows her husband well.

More on Josh Shapiro’s past — and future — is at Rolling Stone.