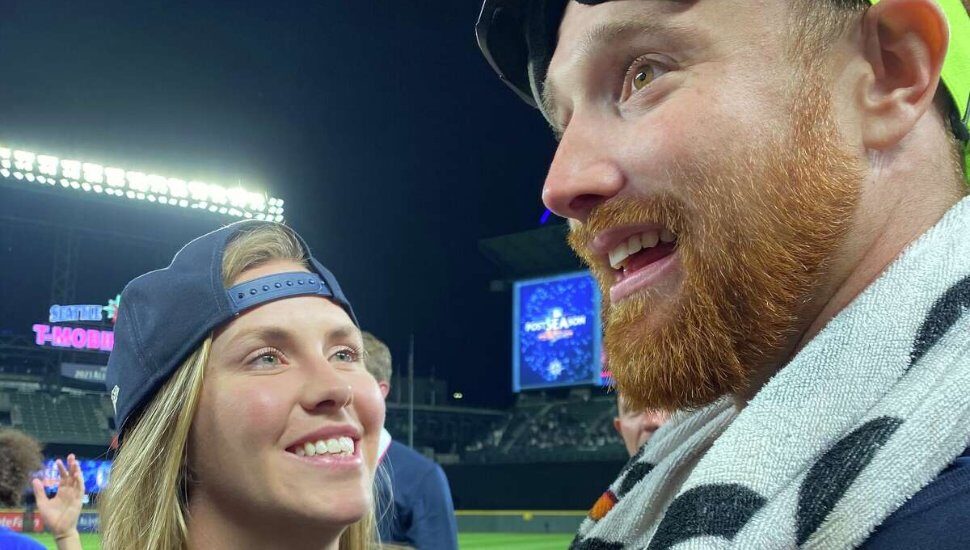 Roughly 3,000 miles separate Albany, N.Y., Wynnewood, Pa., and Seattle Wash. But a talented baseball catcher and his present (and soon to expand) family thread them together in the Union Times (Albany) account of now-pro baseball catcher Brian O’Keefe, written by Joyce Bassett.

Susan O’Keefe, Brian’s mother, not only watched her son evolve competitively, she helped.

When Brian’s father was on the road (which was often), Susan ran skill-building drills with Brian.

“We had a net set up in our basement, and he would hit off the tee — hundreds and hundreds of balls — to improve his swing,” she remembered.

After high school, Brian’ chose Saint Joseph’s University, the Wynnewood link in his geographic past.

He played Division I ball as a Hawk. And met Emily Nonnemacher, a then-undergrad who is now his fiancée.

Launching his post-graduation sports career, Brian made the Tacoma Rainers, a minor-league club in Washington State. From there, he advanced to the Mariner’s farm team.

When the Mariners needed a catcher to replace its regular behind-the-plate man (off on paternity leave), Brian became the guy.

Seeing him connect for his first base hit in first game at T-Mobile Park, Seattle (landing spot No. three), yielded tears of joy in Susan’s eyes.

“You know they say there’s no crying in baseball?

“Yes, there is. For mom, there’s happy tears,” Susan gushed.

More on Brian O’Keefe, SJU grad and Seattle Mariner catcher, is at the Union Times.