Glenside's Carminati Creamery is the Home of Delicious Gelato 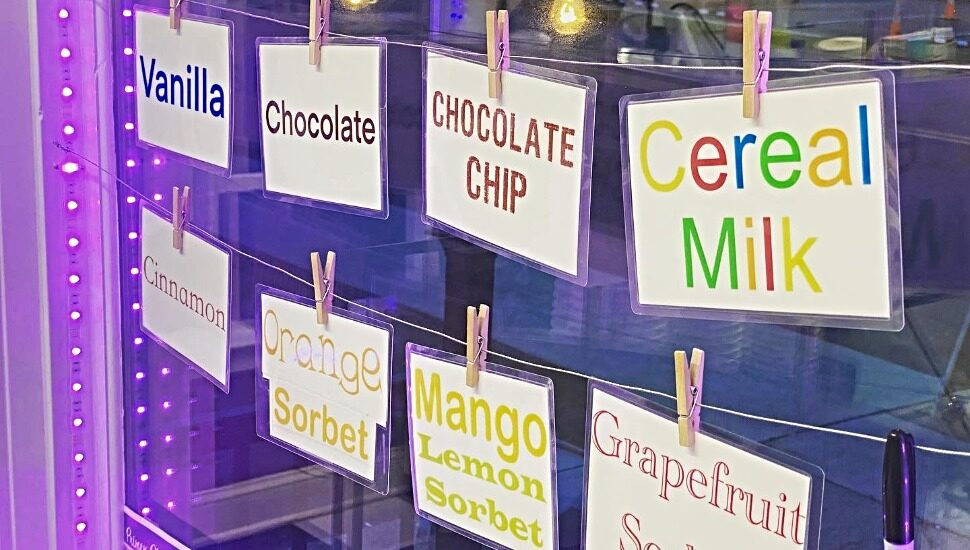 In the heart of Keswick Village, the Carminati Creamery offers up delicious creamy gelato, reports Ben Bergman for GlensideLocal.com.

Co-owner Darin Carminati always enjoyed making homemade ice cream, and while at work at the Boot in Ambler, the onsite gelato machine wasn’t getting much action, so he began to learn how to use the machine and make gelato.

Darin and his wife Amy, his business partner, source local ingredients for their gelato, like finding their milk from Ivyland’s Tanner Brothers Dairy.

“I was like, what’s gelato and how does it compare to ice cream? I had never looked at the ingredients and how different it is [from ice cream] as well as how similar. There is way less fat in gelato and because of that, the flavors are much more intense. And once I got into it [gelato], there was no turning back…it’s so much better than ice cream,” Darin noted.

He tried making different flavors and testing them out on his friends like cinnamon, cereal milk, and grapefruit sorbet. He then made gelato at home, but it quickly outgrew his house.

When he found 448 N. Easton Road in Glenside, he knew his gelato had a home.

Find the fabulous flavors the Carminati Creamery is serving up this season and read more at GlensideLocal.com.

This Weekend! Ardmore Outdoor Beer Fest Featuring 50+ Local and National Breweries on May 21