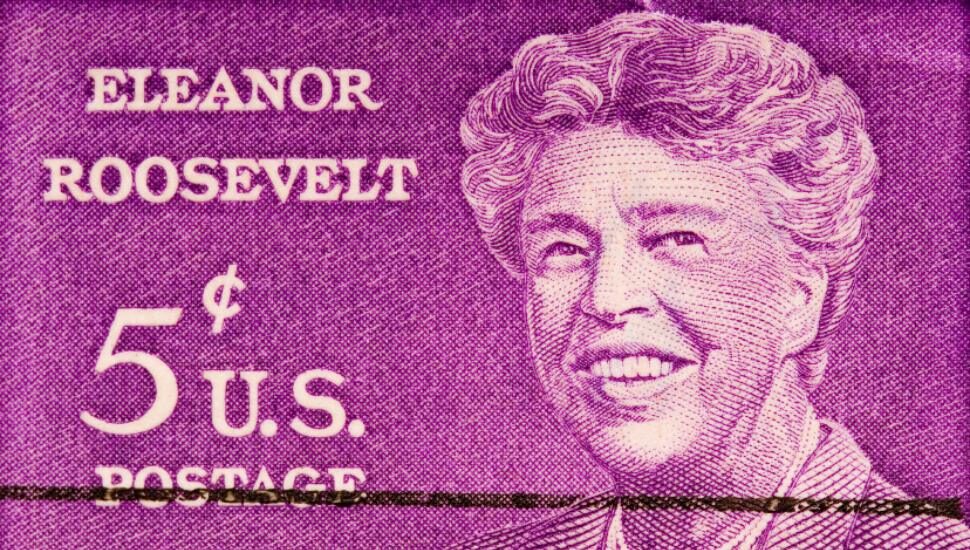 Image via iStock.
"Eleanor," a one-woman show on Mrs. Roosevelt, opens at the Act II Playhouse, Ambler, on Oct. 20.

The presentation is more than just a retelling of Eleanor Roosevelt’s life as diplomat, writer, champion of social justice. Playwright Mark St. Germain boldly peels back the layers of the private Mrs. R. and reveals the fascinating truths behind the woman who forever redefined the office of First Lady.

The one-woman biography stars Penelope Reed as Roosevelt. She takes the audience on a journey back in time while inhabiting the roles of those around her who shaped her legendary life.

“We have a great tradition on our stage of one-person shows that highlight an important or interesting figure in American cultural history: Say Goodnight Gracie, Becoming Dr. Ruth, and Looking Over the President’s Shoulder, to name a few,” said Act II Playhouse Artistic Director Tony Braithwaite.

“Eleanor adds to that glorious collection, and my hope is that Act II audiences will be as enthralled by this production as I was when I first read it,” he summarized.

Sixty years since her passing, Roosevelt remains a defining figure of American history.

“Eleanor had a moral compass,” said playwright Mark St. Germain. “While Franklin was a politician in every sense, she looked at those around her as human beings with dignity, not votes. She said what she felt and stood up to injustice in any form. Eleanor was the heart of the White House and our country.”

The production at Act II Playhouse is directed by Kate Brennan.

“I am so excited to be back in my hometown collaborating with the wonderful artists at Act II on this regional premiere,” said Brennan. “Eleanor celebrates the legacy of an incredible First Lady, patriot, and public servant. I hope it will inspire us to be just as extraordinary as Mrs. Roosevelt in these most extraordinary times.”