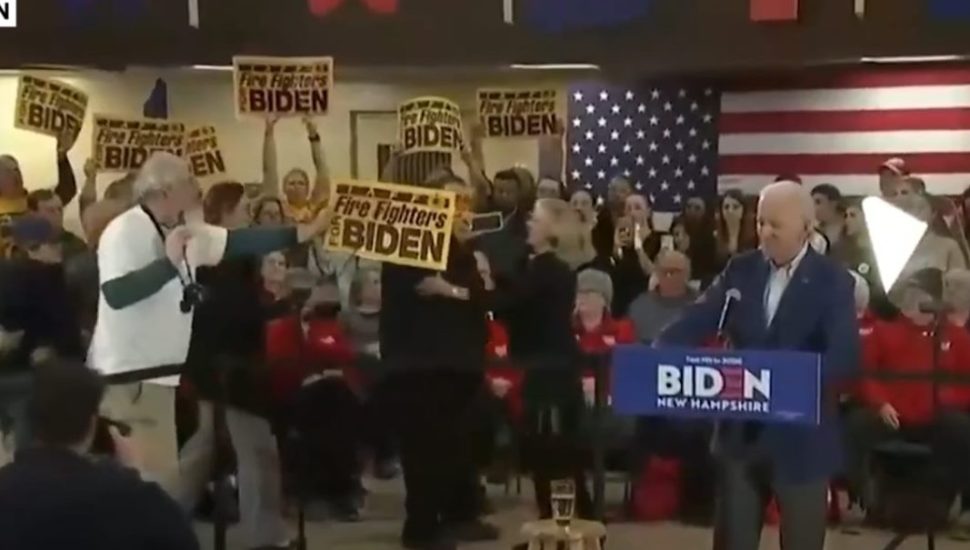 Dr. Jill Biden, wife of former Vice President and current Democratic presidential candidate Joe Biden, puts her expert handling of a heckler at her husband’s rally down to her local roots, writes Danielle Zoellner for the Independent.

Earlier this week, when the Democratic hopeful began his speech at a rally in Manchester, New Hampshire, a shouting protester holding a phone moved toward the podium. Crowd members attempted to block his path before Jill stepped in.

She confronted the protester, then placed both her hands on his upper arms and helped security and other volunteers guide him out of the rally.

When asked about the moment by reporters, she simply responded: “I’m a good Philly girl.”

Jill, who was born in Hammonton, New Jersey, spent most of her childhood in Willow Grove with her parents and four younger sisters.

She graduated from Upper Moreland High School before obtaining a Bachelor of Arts degree from the University of Delaware.

Read more about Jill Biden at the Independent by clicking here.

CommerceShopping ‘Euphoria’ Brings Shoppers Back to King of Prussia MallMay 13, 2021