Weekend Wanderer: When You’re Responsible for Just About Everything 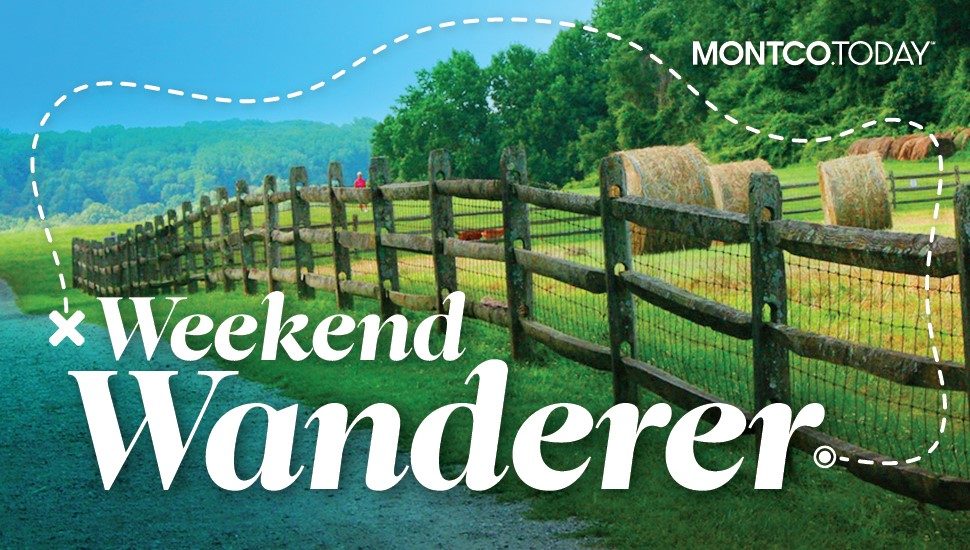 In the words of Fiona Apple, I’ve been a bad, bad girl.

And yeah. I’ve been careless with a delicate man.

And while it most certainly is a sad, sad world when a girl will break a boy just because she can, I swear that’s not how things went down.

My dad, whom I call Indy for his resemblance to Indiana Jones, lost his veteran identification card. He and my mom think I took it.

I call my mom Willie. She has impaired vision in one eye, kind of like One-Eyed Willie. Willie is also Indiana Jones’s love interest in The Temple of Doom.

Which means I have to call Indy and Willie’s independent living facility the Temple of Doom. Widowers are a hot commodity, and photos of this week’s deceased residents line the lobby piano. It’s a fitting moniker.

My parents know about the nicknames. They don’t know they know, thanks to their impaired cognition. But they know.

But I took it before so when it goes missing, I’m accused of having sticky fingers.

Sometimes, Indy tucks the card into a pocket notebook with a Philadelphia Eagles logo on the front. He puts his Medicare card in there too. He secures the whole thing with — you guessed it — a rubber band.

Why does Indy do these things? I don’t ask that question because why does Indy do any of the things he does? I mean, he kept an old-fashioned blowtorch in his Fred Flintstone car. If I start asking why Indy does his weird little Indy things, I’ll disappear down a hole that could make Alice’s descent look like a baby pool.

Oftentimes, when I arrive at the Temple of Doom, I’ll find Indy and Willie in a panic. They can’t find Indy’s identification card. What did I do with it? Why do I have it? Where is it?!

When I calmly flip through Indy’s rubber band wallet, or his Eagles notebook, and produce the errant card, I am questioned. Sometimes with awe. Sometimes with suspicion. How did I know?

“How do you guys not know?” I ask. “If the card isn’t in Indy’s wallet, it’s in his Eagles notebook.”

“What Eagles notebook?” they both ask.

Why do they perpetually think I’ve pilfered the card? Well, here’s where I need a good defense. One time — once! — I took the card.

But it was an accident and squarely because of Indy.

Without thinking, I slipped the card into my wallet. It was probably a good thing — Indy and I were right back at the doctor a few days later. But when I picked him up amidst the inevitable panic of the missing card, there was outrage that I had the card in my normal-people wallet.

Instead of, you know, a rubber band wallet.

I admitted my mistake. I promised to return the card after Indy’s appointment.

The next time I was at the Temple of Doom, Indy and Willie were furious that I had the identification card. Mistake or no, I’d been a bad, bad girl. I deserved to suffer for my sins.

I surrendered the card. Gladly. I don’t need more of Indy and Willie’s stuff. I already have their Christmas tree, Dickens’ Village houses, and my uncle’s ashes. Do I really need more of their stuff in my house? Unless I also need a divorce, that answer is no.

Indy’s dresser does have a screwdriver, a multimeter voltage tester, jeans that haven’t fit him in three years, and a cassette tape of It’s a Wonderful Life.

But no identification card. Or cassette player, for that matter.

Because I had the card one time — one time! — Indy and Willie thought I had it this time, too. It took multiple denials before they were assuaged.

Maybe, they speculated, the cards had fallen from Indy’s rubber band wallet while he was in my car. Yes, yes. My car! The next obvious culprit after me.

I went online to Veteran Affairs. Getting a new card is a simple email. By the end of the day, I was well on my way to having that card replaced.

“Why?” Willie demanded. “So Indy can lose it again?”

“I’ll hold onto it,” I suggested. That is what I should have done in the first place. Indy is a delicate man these days. I was careless when I turned that card over to him, knowing the propensity for it to sprout legs and wander off.

I have no right to that card, Willie coolly informed me. It belongs to Indy. It would stay at the Temple of Doom.

I’m going to keep it anyway.

Weekend Wanderer: A Holiday Travel List of a Different Sort

Weekend Wanderer: Anybody Else Getting Sick?