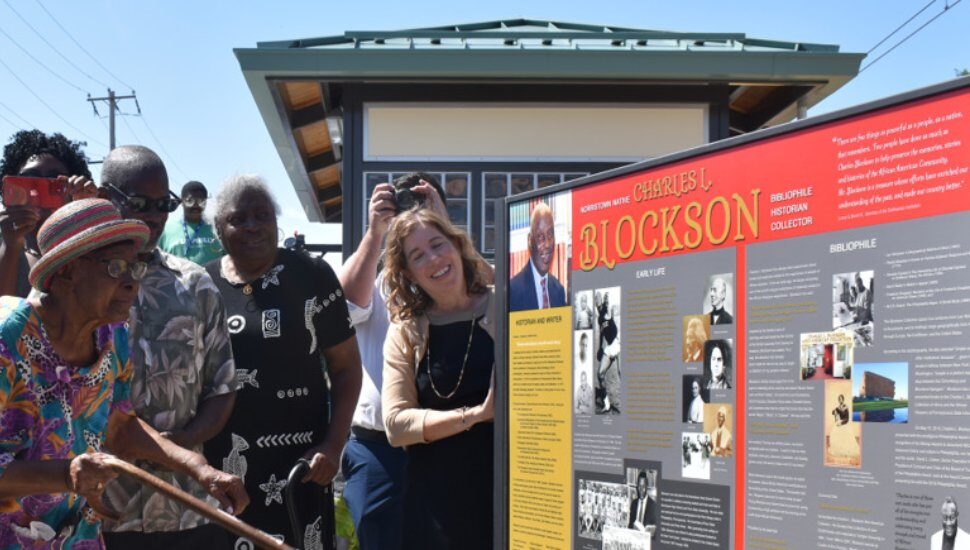 Blockson is a lifelong preserver of Black history, an avocation set out on as a ten-year-old when a teacher characterized Black contributions to history and culture as nonexistent.

That scholastic setback didn’t define him. Blockson went on to graduate from Penn State; serve in the U.S. Army; co-found Phila.’s African American Museum; and earn honorary doctorate degrees from institutions that include Lincoln University and Holy Family University.

Blockson’s expertise included detailed insight, captured in several books, on the local area’s contributions to the success of the Underground Railroad.

In addition, he has amassed and donated a massive collection of books on the topic. His insight on the ongoing quest for freedom led the grandniece of abolitionist Harriet Tubman to bequeath several of her personal items to him, in recognition of his championing of her work.

The SEPTA unveiling of the Norristown display of Blockson’s life and research included a professional Tubman reenactor who brought her compelling words to life.

Commenting on what this public display means personally,  Blockson said, “I grew up a block from here. I used to pass this area, most every day, going to school. I love Norristown.”

More on Charles L. Blockson and his Norristown honor is at KYW Newsradio.

Abolition Hall in Plymouth Meeting One Step Closer to Being Preserved

After Being Horribly Disrespected by His Teacher, Norristown’s Charles Blockson Passed Up Professional Sports Career to Become Historian