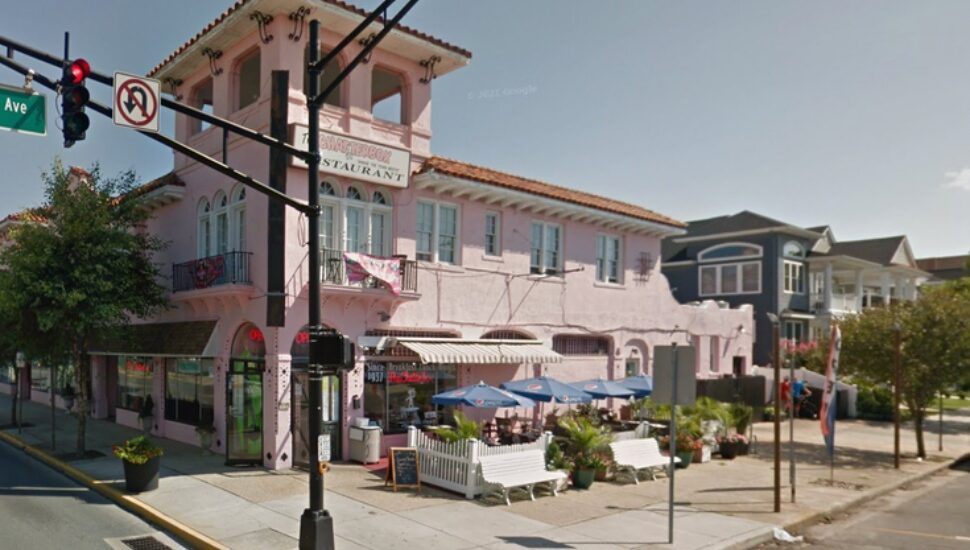 A Philadelphia group behind the Green Eggs Café has purchased the iconic Chatterbox restaurant in Ocean City, New Jersey, writes Michael Tanenbaum for the Philly Voice.

The pink building has been a Jersey Shore landmark for decades at the corner of East Ninth Street and Central Avenue, just a few blocks from the bridge.

The restaurant, founded in 1937, will be reopened with a new, as yet undetermined, concept.

The name and the exterior of the building will stay the same, as well the “Since 1937” sign on the premises, according to Bill Bonforte, leading the investment group.

“I think in everybody’s heart that building will always be the Chatterbox,” Bonforte said.

The Chatterbox opened as a family-style restaurant and became a meeting place in Ocean City’s business district.

It relocated to the pink storefront in 1940. The unique building was designed by Ocean City native Vivan Smith, who also designed City Hall, the historic Flanders Hotel and the Music Pier on the boardwalk.

Grace Kelly, whose family owned a summer home in Ocean City, is said to have worked at The Chatterbox before moving on to Hollywood and becoming the Princess of Monaco.

Read more at Philly Voice about the new owners of The Chatterbox Restaurant in Ocean City.

Here’s a 2017 look at the Chatterbox Restaurant in Ocean City, New Jersey.

As Life Turns Green, Can I Go To The Shore?

AAA: When Projecting Summer Vacation Costs, Montco Residents Are Going to Need a Bump to the Gas Budget

Beach Bungalows or Ski Chalets, Penn Community Bank Can Help Keep Vacation Homebuyers from Getting Burnt or Snowed Under