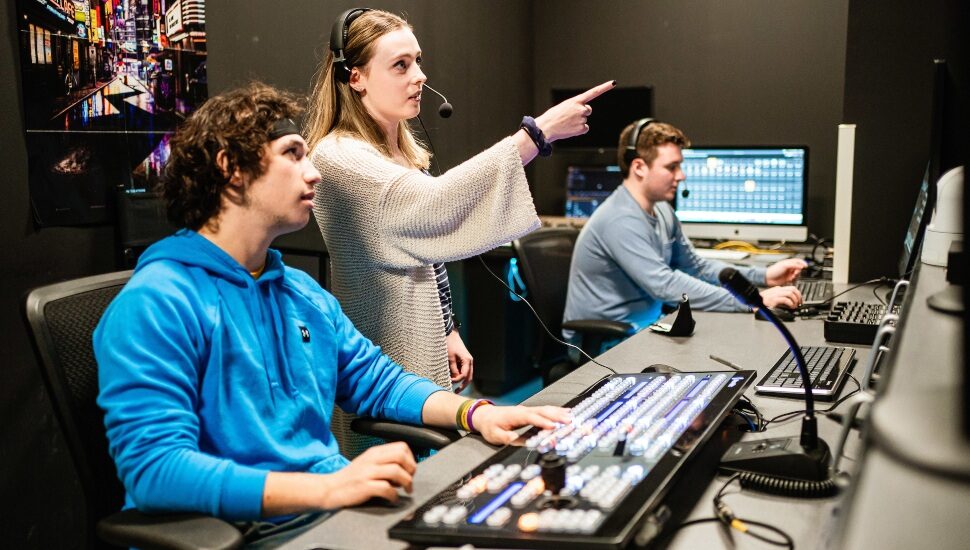 Amanda Cunningham, an Upper Darby native who graduated from Neumann University in December of 2021, has won the 2022 Intercollegiate Broadcasting Systems Award for Best Celebrity Interview. IBS announced the results of the national competition in March.

Paired with a student from Montclair State University, Cunningham interviewed “Weird” Al Yankovic, a comedian best known for his song parodies, during College Radio Day last October. The duo had two weeks to prepare for the interview, and during that time, Cunningham threw herself into research about the radio icon and discovered details about Yankovic’s background.

“He had done radio when he was in college,” explained Cunningham. “Since we were doing the interview for College Radio Day, it was great to get his insight on what he did, what his experiences were, and how it helped him.”

Yankovic told Cunningham that he “found himself” while working in college radio. That sentiment resonated with her because she also found her voice by having her own college radio program on 98.5 WNUW, the university’s radio station.

A communications and digital media major, Cunningham landed a job in her field before graduating. She works for the Beasley Media Group as a general engineer at Philadelphia radio stations like WMMR 93.3 and The Fanatic 97.5.

According to Sean McDonald, director of Neumann Media, WNUW and 90.3 WMSC at Montclair State often collaborate on radio projects, and the celebrity interview for College Radio Day – a celebration of college radio stations around the world – seemed like a perfect fit.

The 2022 prize was the first time two collaborating college radio stations ever won an IBS award. Cunningham and the university will both receive golden microphone trophies to mark the achievement.

Find out more about Neumann University.