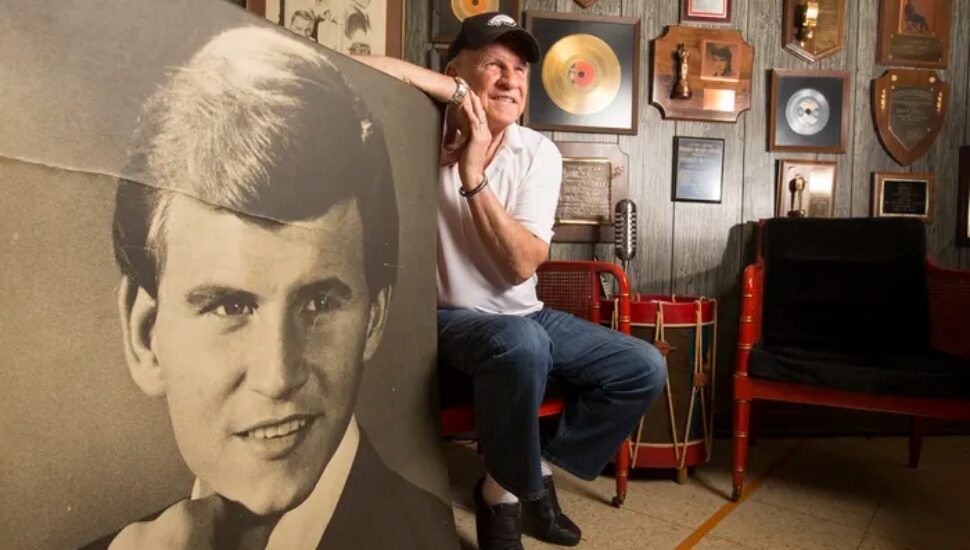 Image via Charles Fox, The Philadelphia Inquirer.
Bobby Rydell in his house in 2016.

The famous singer and actor Bobby Rydell passed away at the age of 79 at Jefferson Abington Hospital on April 5, writes Dan DeLuca for The Philadelphia Inquirer.

Mr. Rydell crooned hits such as Wildwood Days and Wild One, with a long-standing career in show business.

In 1950, Robert Ridarelli (his original name), won a talent contest on Paul Whiteman’s TV Teen Club show, then changed his name to his stage name Bobby Rydell. He became an international star, touring and singing, becoming the youngest performer ever to perform at the Copacabana in 1961 in New York.

He then starred in Bye Bye Birdie, along with the influx of vintage rock-and-roll, and the movie and stage show Grease gave him the nod by naming the high school Rydell High.

“I was not really a rock-and-roll singer,” Mr. Rydell told The Inquirer in 2016, when his memoir, Teen Idol on the Rocks: A Tale of Second Chances came out. “That’s what you had to do to make it. I’m an American Songbook guy.”

Rydell loved the Philadelphia area, and didn’t want to move. He moved his parents and grandparents into a house in Penn Valley, and then he moved to Blue Bell in 2019.

CNN: Plymouth Meeting-Based IKEA Will Pay You to Get Its Furniture Back in Stock

Neighbors of Wildflower Farm, a Point of Contention in Willistown Township, Share Their Side of The Story