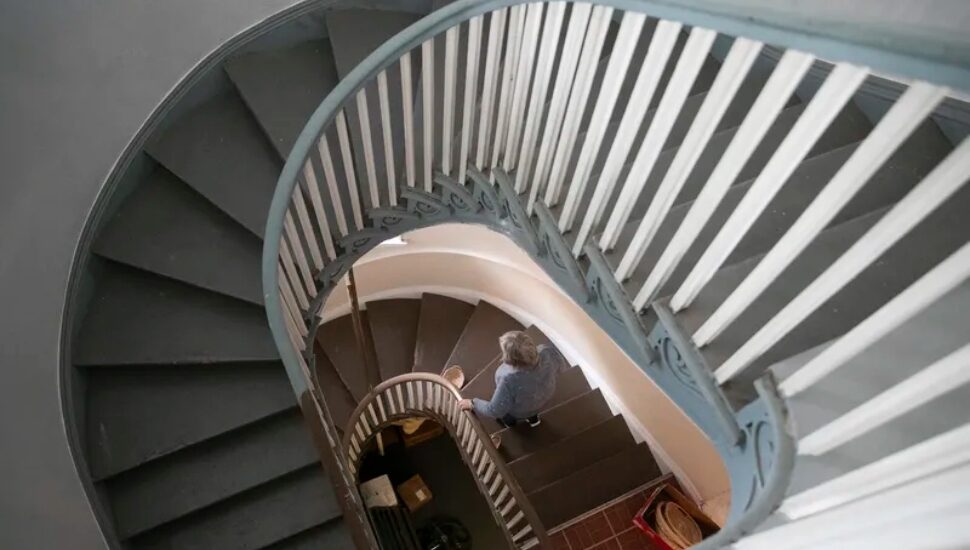 Image via Heather Khalifa, The Philadelphia Inquirer.
Volunteers walk through the Grand Army of the Republic Museum & Library in Frankford.

The Grand Army of the Republic Museum and Library, Philadelphia’s last exclusive Civil War museum, was faced with a difficult choice: to sell a rare battle flag carried by a regiment of United States Troops who trained near Cheltenham or close, writes Mike Newall for The Philadelphia Inquirer.

The flag was hand-painted by David Bustill Bowser, Philadelphia’s most acclaimed 19th-century Black artist who was a son of a fugitive slave. The men who carried the flag trained at Camp William Penn.

Located just outside the city limits in Cheltenham, the camp was Civil War’s largest federal training facility for Black soldiers. Bowser painted flags for Pennsylvania’s 11 USCT regiments, but the restored 127th is the only one remaining.

“Selling it cut us to the core,” said Joseph Perry, a retired city librarian, who serves as president of the GAR. “But our mission was the preservation and sharing and we got both. We got the money we needed, and the flag is restored and being seen. It was a win-win. That flag saved us.”

Black Lives Matter: No One Should Have to Hide Who They Are on LinkedIn