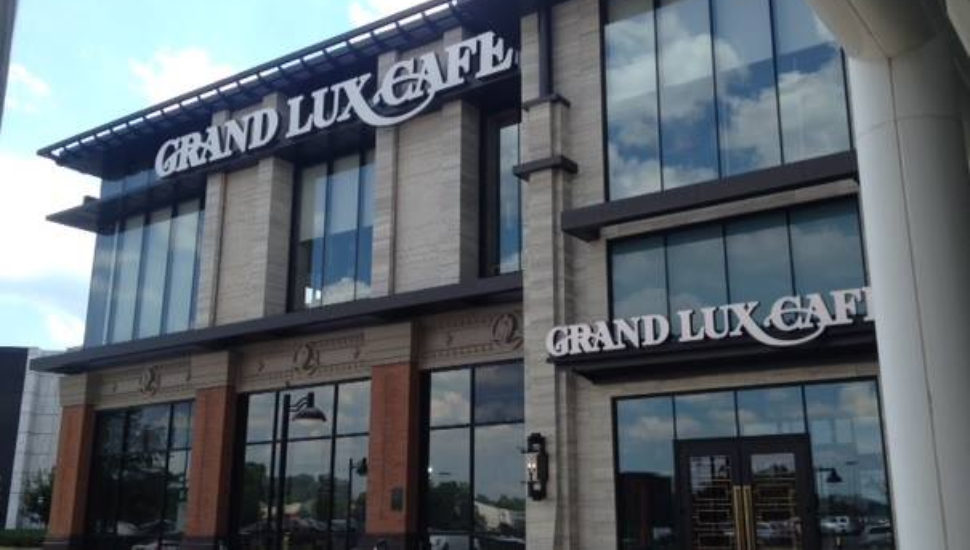 Grand Lux Café, a King of Prussia Mall restaurant owned by The Cheesecake Factory, will close its doors permanently next year after more than six years in operation, writes Laura Smythe for the Philadelphia Business Journal.

The upscale, casual eatery known for serving internationally inspired cuisine will close its location at 160 N. Gulph Road on January 31. According to a Worker Adjustment and Retraining Notification Act filed with the state Department of Labor and Industry, this will affect 72 employees.

The Cheesecake Factory did not disclose the reasons for the closure.

The Café has over ten locations in eight states. The soon-to-close Montgomery County outpost is its last location in Pennsylvania.

The Cherry Hill Mall location similarly shuttered last year. The only remaining operating Grand Lux Café in the region is in New Jersey.

The Cheesecake Factory owns and operates around 300 restaurants throughout the United States and Canada.

Read more about the Cafe closing at the King of Prussia Mall on Gulph Road in the Philadelphia Business Journal.