Pro Athletes Praise Judgement Against Nike From Lontex in Norristown 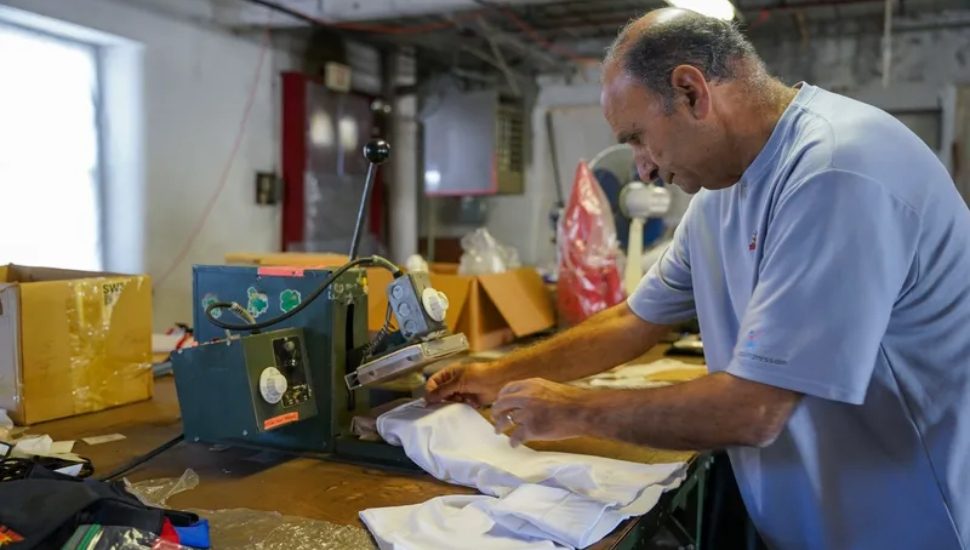 Professional athletes and trainers are praising the recent landmark judgement against Nike over Cool Compression clothing, writes Ed Mahon for The Philadelphia Inquirer.

Efraim Nathan, the owner of Lontex, the Norristown sports apparel maker, says he received great support from professional athletes and their trainers after the court awarded him $507,000 plus an as yet undetermined amount of damages against Nike for trademark infringement.

“NFL, NHL all the major league baseball teams, NBA, every athletic trainer knows them,” he said.

This sentiment was echoed during the case as many athlete trainers showed up to offer their support for his Cool Compression brand of clothing.

Chris Peduzzi, retired head athletic trainer for the Philadelphia Eagles, gave testimony in the case saying that his players were longtime fans of Nathan’s Cool Compression gear. “I had my players consistently use Lontex Sweat It Out products because he had “observed it to be very effective at rehabilitation, exercise, and recovery.”

The sentiment was echoed by Brian Ball, head trainer for Chicago White Sox, who said “It stretched differently from other products and among players had a reputation for actually working.”

In fact, according to Ben Schwartz, one of Nathan’s lawyers, professional sports trainers were instrumental in the case.

Read more about Lontex’s landmark win in The Philadelphia Inquirer.