Former Eagles wide receiver Freddie Mitchell, whose house is along the Schuylkill River up on stilts, was in good spirits as he spoke with FOX 29’s Alex Holley and Mike Jerrick to talk about his first-hand experience quickly getting out of his Montgomery County house after Hurricane Ida flooded his area, and then having to venture to Walmart in nothing but his underwear.

He woke up and stepped in the water in his room, and knew that this wasn’t right. The local fire department arrived to get them out at 4 am on Thursday morning.

He had to venture to Walmart in his underwear after the rescue boat dropped him off on the Schuylkill Trail and then they went back to rescue more people. So he thought, what is the only place open at this hour, and he thought of Walmart.

He said during the interview he sits out along the banks of the river each morning and gets his energy and zen from the river, but that day, it was just a bit too much energy with all this extra water!

Much of Montgomery County and the Philadelphia area will begin to clean up today after the terrifying flooding from the past 48 hours.

Read more about Freddie Mitchell and his rescue on FOX 29. 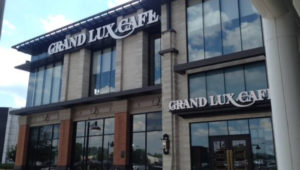