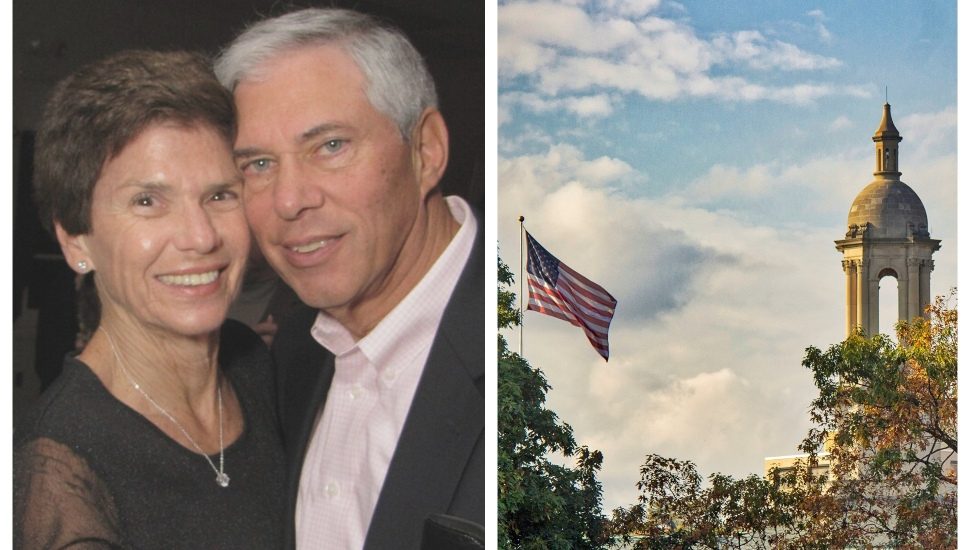 Penn State has named Bryn Mawr couple Gene and Roz Chaiken as its 2021 Philanthropists of the Year, according to Penn State News.

These longtime benefactors of the University have demonstrated exceptional generosity in the promotion and support of Penn State.

Gene Chaiken is a 1962 graduate of the University, with a degree in business administration, and the husband and wife team have been making philanthropic gifts to his alma mater for decades.

Their first major gift was in 1998, when they, along with Gene’s brother, Sheldon, and his wife, Gail, to endow the Chaiken Family Chair in Jewish Studies.

Much of their support has created scholarships for undergraduates in the college with financial needs within the College of the Liberal Arts.

“Because of the Chaikens’ generosity, hundreds of students have been able to afford a Penn State experience, and the college’s academic programs have been permanently enhanced. Despite their status as high-level philanthropists, Roz and Gene Gene Chaiken remain grounded and humble, asking only that their ‘Chaiken Scholars,’ as they call them, consider giving back to the University one day as they are able,” explains Penn State President Eric Barron.

The Chaikens recently made a significant contribution to establish the Roz and Gene Chaiken Center for Student Success in the College of the Liberal Arts.

This contribution will help provide students with resources and programming to help them succeed in their studies.

To learn about these generous benefactors, read more here.

CVS Hiring Nation-Wide, Including in the Montco Area, Ahead of Flu Season and Higher Vaccine Demand