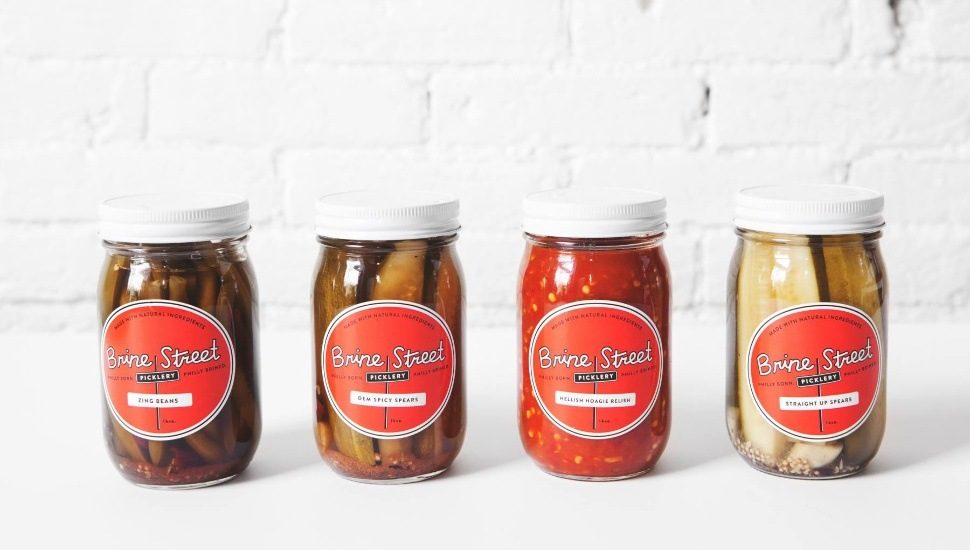 Hopkins got the idea for the business during a 2011 trip to New Orleans, where he was impressed by the pickled green beans served with Bloody Mary’s.

So when he returned home he began toying with various recipes, until he had one he was confident in.

He launched his company in 2015 and brought in several friends to help get it off the ground.

They started selling at pop-ups and farmer’s markets and before long had started placing their products on the shelves of local retailers, such as Weavers Way Co-op, which has a location in Ambler.

Their big break came in 2019 when the company landed a deal with Giant Food Stores. This put their product in 120 of the grocer’s outposts.

Today, the Brine Street Picklery produces around 30,000 jars a year, compared to around 1,000 the first year in business.

And the revenue has followed.

“We’ve been growing at about a 50% clip for the past two years,” said Hopkins.

Read more about the Picklery in The Business Journals.

ICYMI: Aunt Mary Pat, The ‘Queen of Delco,’ is a Fun Diversion on Facebook During the Pandemic