Overriding Importance of Battle of Brandywine, Fought Years Ago Today 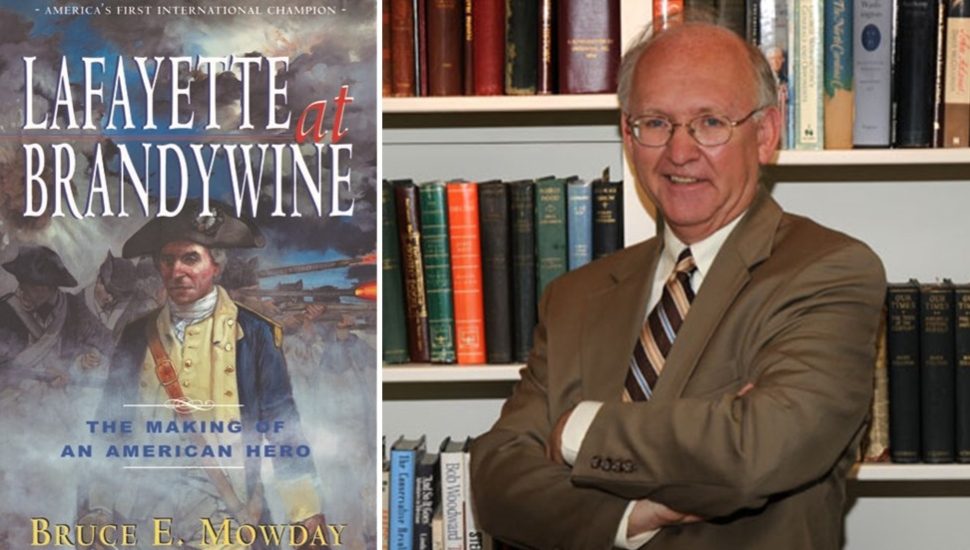 The Sept. 11, 1777, Battle of Brandywine is a historic event of enormous importance to the United States that has been ignored or at least overlooked, for many years.

For sure, from a military standpoint, the battle was a total disaster for the rebel army of George Washington. There is little wonder that Washington failed to dwell on the loss at Brandywine as he later recounted his masterly exploits in the American Revolution. He almost lost his whole army that warm September day. Several of the opposing British officers wrote that with another hour of daylight, they would have ensnared Washington in their carefully planned trap.

Washington picked the banks of the Brandywine River in Chadds Ford to defend the Colonial seat of government of Philadelphia. Outside pressures and European expectations caused Washington to defend Philadelphia in a major battle. He couldn’t allow the British army under General William Howe to march into the city unmolested. If he did so, the American army would have been destined to defeat as potential foreign allies would have deemed the Americans too weak to defeat the vaunted British army.

While the Brandywine River appeared to offer a fine defensive line, Washington didn’t have time to properly explore the Chadds Ford area. He relied on local residents and a map of little detail to set his important right flank under the command of General John Sullivan. General Howe arrived in Kennett Square, the base for the British army, the day before the battle. Howe had less time to prepare for the major engagement but accurate and vital information from local supporters of King George III.

Howe’s troops executed his plan almost to perfection. His flanking movement caught Washington off guard and the American army had to retreat to Chester city that night. Washington’s forces suffered more than twice as many casualties as Howe’s army. Since the British lost the war, even major victories such as Brandywine received little attention.

If Brandywine was just one of a string of American defeats early in the war, Brandywine deserved to be relegated to history’s forgotten annals. American boosters of Brandywine over the years looked for reasons to celebrate the battle. American troops did fight valiantly on Birmingham Hill and Sandy Hallow. Those boosters claim that memory of a few hours of valor was carried over to Valley Forge and made them better soldiers, soldiers that eventually defeated the British.

What has been overlooked at Brandywine is Marquis Lafayette. The battle spurred the 20-year-old Frenchman who spoke little English and had no military experience, on the path to becoming an American hero. A few weeks before members of the Continental Congress told Lafayette to go home. At the beginning of the day, Lafayette was just another European officer, distrusted by fellow American officers and of unknown and suspect abilities.

Lafayette left the fields of Brandywine an American hero. At the day’s darkest hour, he left Washington’s side to fight with the troops of General Thomas Conway. He put his life at risk and suffered a wound to his left leg. Lafayette recovered and became a trusted confidant of Washington and a reliable military leader.

Make no mistake about the fact that during the American Revolution freedom would not have been won without the assistance of France, especially the French Navy that neutralized the advantage of the British fleet. And, it is extremely doubtful that without Lafayette’s support, France would have been America’s ally.

As an official of the American Friends of Lafayette recently told me, Lafayette is the story of Battle of Brandywine.

Bruce E. Mowday is the author of the forthcoming book Lafayette at Brandywine: The Making of an American Hero. Barricade Books is releasing the book during the first week of October. Mowday has written more than 20 books on true crime, business, sports, and history, including September 11, 1777: Washington’s Defeat at Brandywine Dooms Philadelphia. Learn more about Bruce Mowday and his books, or e-mail mowday@mowday.com.