See How Montgomery County is Faring with Extreme Climate Change 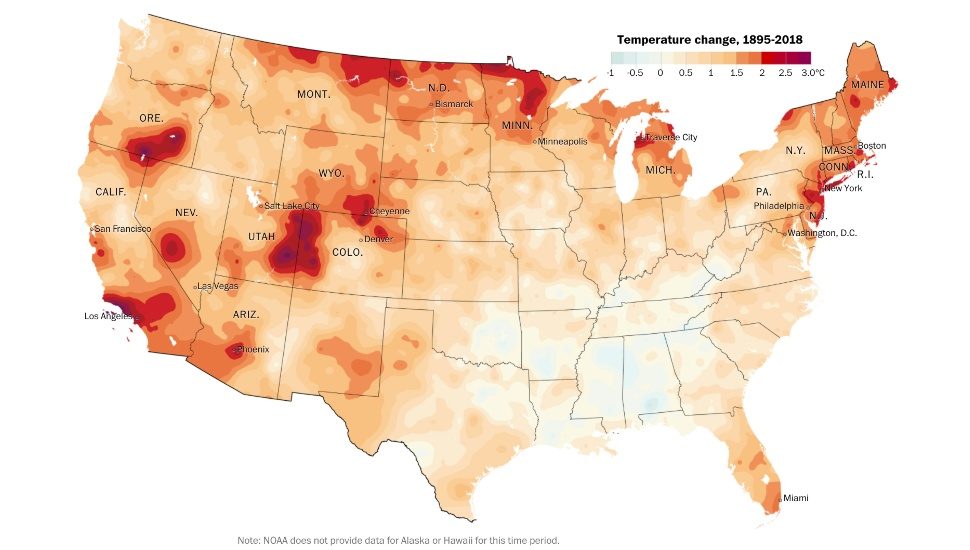 Image via The Washington Post.
Is the United States heating up due to extreme climate change?

Extreme climate change is already happening in America and Montgomery County is among the counties that are feeling the effects of rising temperatures, write Steven Mufson, Chris Mooney, Juliet Eilperin, and John Muyskens for The Washington Post.

In the last two decades, 2 degrees Celsius has emerged as a critical threshold for global warming and extreme climate change.

International leaders have agreed in the 2015 Paris accord that the world should act urgently to keep the average temperature increases of the Earth “well below” 2 degrees Celsius by the year 2100 to circumvent a number of catastrophic changes.

However, since global warming does not heat the world evenly, there are many areas in America that have already reached this threshold or are getting near.

From 1895 to 2018, Montgomery County has recorded an average temperature increase of 1.7 degrees Celsius.

This is well above the national average of 1.0 degrees Celsius.

Montgomery County also has the second-highest recorded increase among the collar counties.

Read more about extreme climate change in The Washington Post.