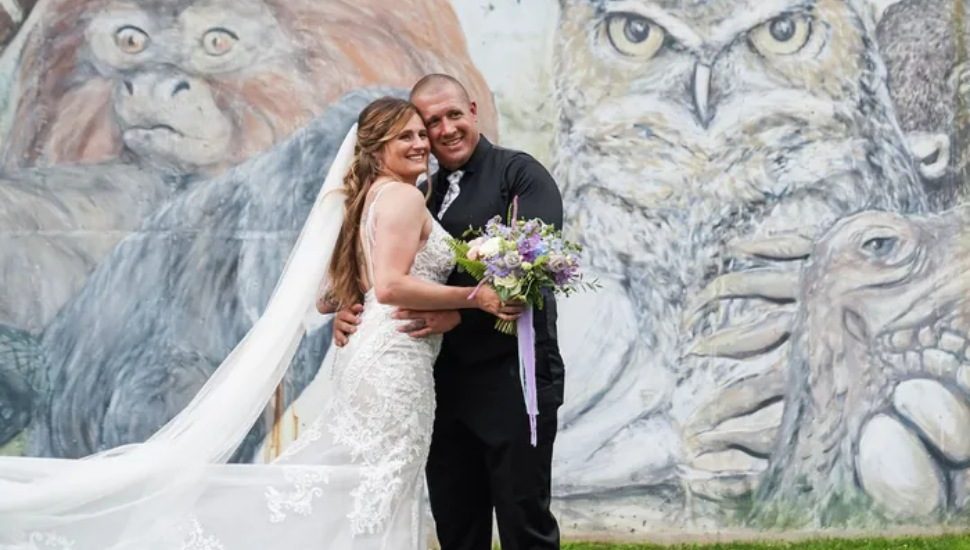 The pair met eight years ago in college on the opposite sides of a rugby game, but despite the rivalry, they soon hit it off.

So, after both graduated, they decided to move in together in Easton, where they lived until relocating to their current home in Souderton in 2019.

In addition, both play for the Doylestown Rugby Club, which has both men’s and women’s teams.

“Playing such a high-contact sport, it is really nice having someone who understands what you go through and why,” said Katie.

The pair exchanged vows on June 19 on the observation deck in front of the bald eagles at the zoo.

The ceremony was led by Fred’s best friend, Alex.

The couple had also previously decided to forego metal wedding rings in favor of tattoos on their ring fingers.

Afterward, the newly married couple got a chance to feed the giraffes together with their guests, before sharing a cocktail hour with the jaguars.

Read more about the wedding at the Elmwood Park Zoo in The Philadelphia Inquirer.

A Would-Be Broadway Star Became a Local Master Pizza Chef, Thanks to Terrible Pizza at His Wedding