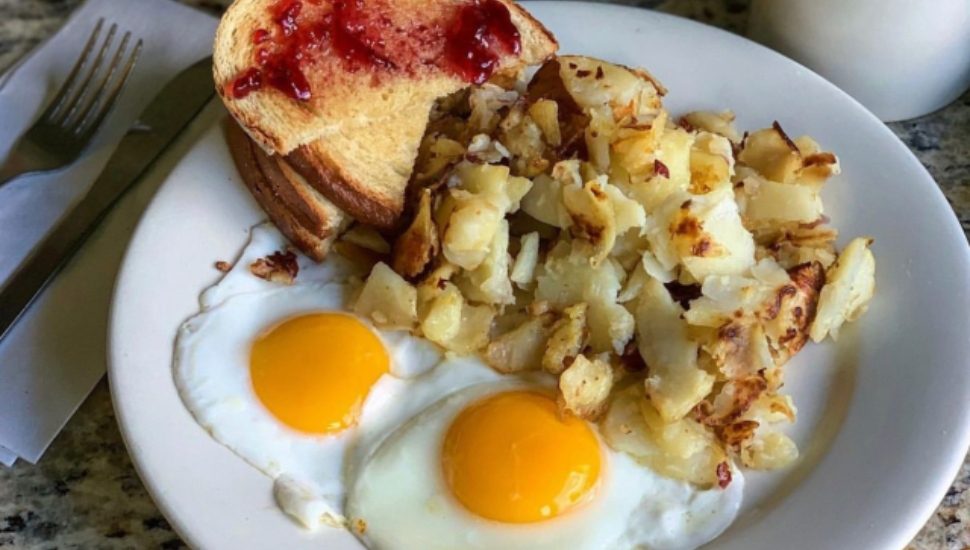 Much like the rest of America, Montgomery County loves a good diner. Perhaps it is the timeless quality, writes Katie Kohler for the Valley Forge Tourism and Convention Board.

Daddypops in Hatboro unlocks all types of nostalgia and is also one of the best diners in Montgomery County.

It is also probably one of the oldest diners in the Montco.

The physical building, classic stainless steel on the outside, was built in 1953 in New Jersey. New Jersey was quite busy from 1930 to 1950 building the now-retro stainless-steel diners.

Ken Smith, and his now-deceased wife, Beth, opened Daddypops in 1982.

They are open 6 a.m. to 2 p.m. seven days a week. It shouldn’t come as a surprise that breakfast is very popular, earning 4.4 stars from over 700 Google reviews.

Breakfast. Of course, this diner has great options for breakfast like eggs, omelettes, flapjacks, and brioche French toast

The special: Choice of juice, two eggs, toast and jelly, coffee, and choice of home fries, beans, or grits.

The Montgomery County diner was featured on the Food Network’s Diners, Drive-ins, and Dives.

During the episode, Guy Fieri found discovered their customers love potatoes just as much as he does. The show highlighted Daddypops home fries. The diner goes through about 200 pounds of potatoes a day.

“It’s a neighborhood institution filled with regulars who know exactly what they want,” said Fieri.

Also, scrapple, a regional breakfast side, was explained and touted as a favorite whether customers choose to get it grilled or deep-fried.

Counter Culture on PBS39 is set at the counter. Grover Silcox hosts the show and talks to a variety of people including artists, authors, comedians, and historians.

But for customers visiting, the cameras don’t have to be rolling for them to experience a Back to the Future moment. That’s just what the best diners do.

Shopping at This Pottstown Consignment Boutique is a Dream Come True